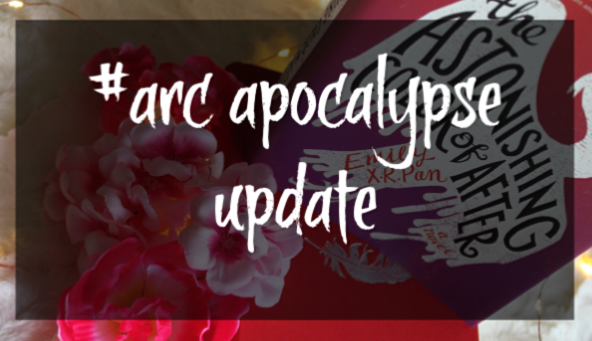 I sadly, once again, broke my ARC limit rules in September. 😟 This is two months in a row and I’m feeling kind of bummed about it, but obviously nobody is to blame but me, so all I can do is try to do better this month!

On another note, my haul posts and ARC Update posts have changed a bit! Instead of continuing to post my ARC hauls in both posts, ARC hauls will now only be going in my weekly wrap-ups and in these ARC Updates, so if you want to see what review copies I got in September, keep reading!

If you’re participating in ARC Apocalypse, feel free to copy this post format if you like it!

✨ yellow jessamine, caitlin starling
✨ to sleep in a sea of stars, christopher paolini
✨ the land of the cranes, x
✨ before the ever after, x

(These are the titles I’m considering requesting/accepting this month, in order of closest release dates to the furthest ones out!)

Last month’s pick: Teach Me by Olivia Dade
Status: I read it in one sitting and adored it!

I’m actually skipping the “try a chapter” challenge for this month’s post because I’m trying something new in October! Instead of just sampling 10, my goal for the rest of 2020 is to whittle down my ARC TBR as much as possible. I’d like to remove 50% or more from my ARC lists!

The thing is, a lot of these books are ones that I want to read eventually, but know I won’t get to any time soon. Instead of carrying them into a new year hanging over my shoulder AGAIN, I’m finally going to “forgive” myself for a lot of them. The ones that I remove will mostly be staying on my overall Goodreads TBR, but I’ll be purchasing or borrowing from the library whenever possible instead of reading the unfinished copies so that the author and/or publisher still gets some benefit from it. I hope this idea sounds reasonable and not like I’m being disrespectful about these titles, because I certainly don’t mean to be! So like I said, I’m skipping this portion this month but will hopefully have a big update of removals for you all in my November post! 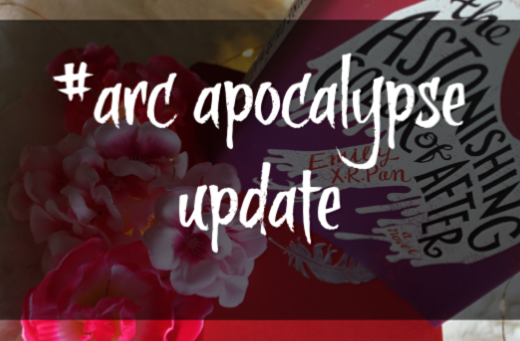 This. I think Benny Rose the Cannibal King gets left out of my queer work despite the protagonist being a lesbian (and vs homophobic microaggressions early book) because she has no girlfriend or sex.
But that doesn't define us. She's still gay & the book about her is still queer. https://twitter.com/btdill/status/1393791003312656387

If a book is about queer characters, it's queer. That's really all there is to it. Doesn't matter if they're having sex, slaying dragons, or just being big balls of anxiety. All queer experiences are valid.

It worked for one so expect others to follow. Ignoring, blocking and not buying is the only option. https://twitter.com/whykristenburns/status/1394009069359349762

At this point, I have to believe some authors are dropping bad takes solely for the attention.

Books written BY PACIFIC ISLANDERS, all genres and age groups welcome! + CWs for them if they need them/you have them.