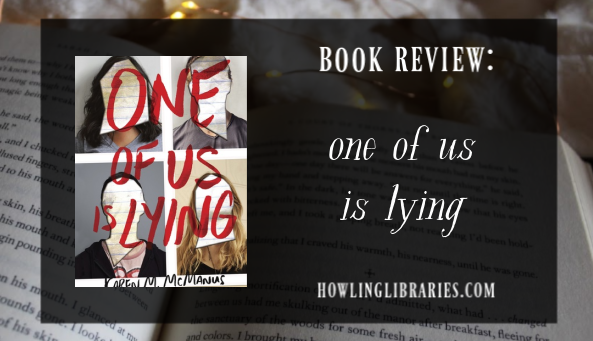 Bronwyn, the brain, is Yale-bound and never breaks a rule.
Addy, the beauty, is the picture-perfect homecoming princess.
Nate, the criminal, is already on probation for dealing.
Cooper, the athlete, is the all-star baseball pitcher.
And Simon, the outcast, is the creator of Bayview High’s notorious gossip app.

Only, Simon never makes it out of that classroom. Before the end of detention Simon’s dead. And according to investigators, his death wasn’t an accident. On Monday, he died. But on Tuesday, he’d planned to post juicy reveals about all four of his high-profile classmates, which makes all four of them suspects in his murder. Or are they the perfect patsies for a killer who’s still on the loose?

Everyone has secrets, right? What really matters is how far you would go to protect them.

I feel like one of maybe four people in the world who just… really did not enjoy this book? I’ve been putting off this review for weeks because I just don’t know where to start. I have so many friends who raved about this book to me, so I was so disappointed by it.

These are only my opinions, and I would never dream of disrespecting anyone who disagrees with my review, so please show the same courtesy and don’t hate me for what I’m about to say. ❤

This is a very quick read; if I had enjoyed it, I’m sure I would’ve knocked it out in one sitting. As it was, it still felt like it moved pretty quickly.

The main romance is fairly cute. Incredibly trope-y “goody-two-shoes smart girl falls for the brooding bad boy!” stuff, but, I mean, their interactions are fine, and I was rooting for them by the end of the book, which is a big plus. I would say I was more attached to the budding relationship between them than I was to any of the individual characters in this story.

Nate, ‘the criminal’, is a very likable character. He’s got a really dark and twisty back story that explains away a lot of his motives, and I definitely enjoyed his perspectives of the story the most. He just feels like a really authentic teen who’s trying to muddle through a hard, screwed-up life, and I loved that about him. Whenever it was any other character’s POV, I definitely found myself rushing to get back to his sections.

This book is so problematic and most of it is NEVER challenged. First of all, can we talk about the immense amounts of slut-shaming? I could handle it if it was coming just from the characters and/or was actually being challenged consistently, but 1) it isn’t challenged every time in the dialogue, and 2) the author contributes to the slut-shaming narrative regarding women cheating.

We have two characters in the story who are cheaters; one is a female character, who does it one time, while drunk; the other is a male character, who carries on an emotional and physical affair for MONTHS. We spend a tremendous portion of the book focusing on the girl’s one-night-stand, while the text literally does not ONCE actually name the boy for what he is: a cheater. There’s no remorse shown, and there are no consequences whatsoever for him. It also seems kinda gross to me that the girl who’s guilty of cheating is a “pretty, vapid, popular girl” type – can we please stop with these cliches?

Also, can we please NOT make the only queer character in the cast a horrible character who cheats and hurts people? AND can we not make the character’s coming-out scene a bigger twist than the actual murderer reveal? This book also does some serious vilifying of mental illness, but I won’t get started on that rant.

Beyond all of that… honestly, the writing is just not that good, and the “twist” is so predictable it hurts.

All in all… I almost hated this book. If it hadn’t been for the quick pace and how much I enjoyed Nate, as well as his relationship with Bronwyn, I absolutely would have DNFed this. As it stands, I cannot in good conscience recommend this book, and I will probably not be picking up any future releases from this author. 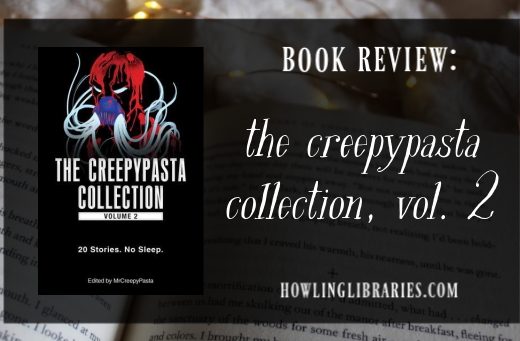