When the local paper assigns Jesse and his coworkers to cover the new Peaceful Valley Nature Park, he thinks it’s a great gig—but nobody could have warned him about the vicious creatures the construction work awakened. Meanwhile, Charly’s trying to make it through another long day in her crumbling marriage when one of those same creatures captures her baby, sending her on a chase to get the child back before it’s eaten—or worse.

I think, by now, we all know that I’m just going to gush about everything Jonathan ever writes (or ever has written), so we might as well skip the intro and get on with it, eh? ?

The last thing Jesse saw as he tore his eyes away were the two other creatures dropping inside the jungle gym and setting upon the other victims in a flurry of claws and teeth.

First, as always, Jonathan has a way of writing genuinely terrifying stories that work wonders at getting under my skin and seriously creeping me out! Savage Species is no exception, especially considering the way he has of writing these characters who remind you of the awful monsters humans can be, too.

These characters are so complex and set apart from each other, and some of them are impossible not to hate, while others break your heart a few times—and in-between comes, as always, the comical and intriguing ones, like Frank, the softcore porn-addicted unlikely hero (who was tied with sweet, guilt-ridden Sam for my favorite member of the cast, easily).

The creatures are the best part, though—they’re these massive, grotesque humanoid beasts who are nearly indestructible and get their kicks from ripping people to shreds and eating them alive. It’s gruesome, gorey, and graphic as hell. There’s another terror in the story that I won’t say much about, because of spoilers, but it’s so freaking awesome and the ending (which revolves around this other, new “fear”) had me dying to read more immediately. Well freaking done, Jonathan! 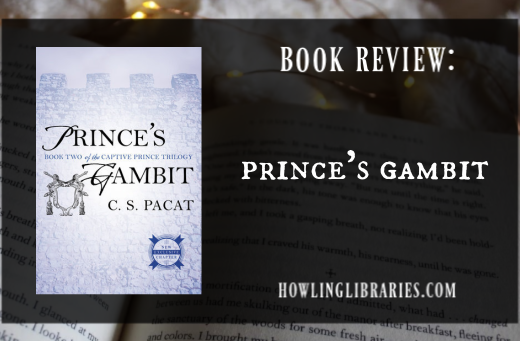 Leave a Reply to January Physical Haul: You’re never gonna believe the size of this one… – howling libraries Cancel reply