The WINNER of last week’s “lows” vote was… *drumroll*

As promised, I’ll now add this book to my “top-TBR” shelf on Goodreads to remind me to read it within the next 18 months.

(books that are LOW on my TBR—vote in the comments for which one I should move UP on my list and I’ll read it within 18 months!)

This week’s “highs” was originally only a few titles… and then, for whatever reason, I added a million things late Saturday night and decided to rewrite the post. 😂😂😂 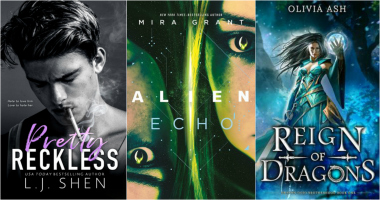 Descriptions for all items below this point can be found in yesterday’s Stacking the Shelves post!

Which book from my “lows” do you think I should add to my “top-TBR” shelf?