Can you believe I finally returned to booktube and posted not one, but TWO new videos?! And, if all goes according to plan, I’ll be posting two again in the coming week — I already have one filmed and it just needs editing, and the other, I’m hoping to film some time this week.

Someday, I swear I’ll finish some of these current reads!

I’ve been working forever on The Shadow of What Was Lost and The Unsuitable, and have also been meaning to finish The Ballad of Songbirds and Snakes for a few weeks. The audiobook is on Hoopla so I think I’ll borrow it this week and listen while gaming. I also want to finish Cinderella is Dead soon, as it’s been really good. And I started Beach Read a couple of days ago and am already a little bit obsessed!

Not too much reading got done this week, sadly! It was a bit of a bad social media week for me and I spent way too much time doomscrolling, plus I had a few really bad anxiety/depression days. Ah well.

For the first time in a couple of months (I think), I decided to actually make a little list of goals for the week! 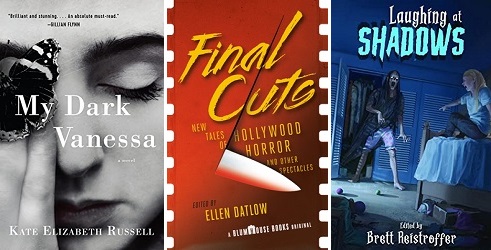 Meh. A very up-and-down sort of week for mental health — I get really awful mood swings when my PMS rolls around, and it came a bit early this month so it caught me off-guard. ? I’m also a bit emotional because my kiddo’s birthday is tomorrow and he turns 4, and I’m just wondering HOW?! Where does the time go? Sigh…

I’ve spent WAY too much time on social media this month, though, so I re-installed a couple of productivity extensions/apps (Forest being my main one right now) and I’m hoping to stay offline as much as possible this week. I just want to focus on reading, getting my bookstagram back in action, and maybe a little Twitch streaming since I haven’t done that in a couple of weeks. I really want to start a new Stardew Valley farm on stream this week. ?

I hope you’re all having a good weekend and getting some much-needed rest. Let me know how you’re doing, what you’ve been up to, or even just what you’re reading/watching/playing today. ♥