I know that I personally, and many of my friends, love bookish rants – whether they’re on booktube, blogs, twitter, whatever. Unpopular opinions, rant reviews, unhaulings, the works – so, today, I decided I’d tell you guys my ten most disappointing reads of the year! (I was gonna aim for 17, since it’s 2017, but I didn’t really have 17 books that legitimately bummed me out badly enough to be worth ranting about.)

I was feeling particularly committed to this post, so these will be in order from the least disappointing to the MOST DISAPPOINTING!

10. All the Bright Places – Jennifer Niven
I know this one is controversial, and a lot of my friends adored it, but I felt like this book’s representation of mental illness was incredibly problematic, and on top of that, the writing was just very poor. I couldn’t bring myself to give any fucks at all about any of the characters, and I hated Violet’s attitude. She is such an incredibly unlikable love interest that I have no clue how I was ever intended to root for her.
REVIEW

9. All Rights Reserved – Gregory Scott Katsoulis
This was one of my most anticipated releases of the year, and I was ecstatic when I received an ARC, but it was such a letdown! The MC’s refusal to speak seemed like a cool plot idea, but in execution, made for a very boring and slow narrative, as well as a lot of terrible decisions that just made me want to throw my kindle across the room.
REVIEW

8. Girl Out of Water – Laura Silverman
This author had gone through hell on Goodreads when a ton of anti-semitic people decided to “punish” her for being anti-Trump, so between what she had gone through, and the fact that I was told this book had a disabled black love interest, I was honestly fully prepared to love it. Instead, the MC was one of the literal worst characters I have ever read in my life, and I raged through most of the book (and all of my review).
REVIEW

7. The Undertaking of Lily Chen – Danica Novgorodoff
This graphic novel was so stunning, and so many people had raved about it to me, so I was fully convinced that it would be flawless. Instead, first of all, the cover is deceiving, and the art inside looks nothing like it; second, it is such a disgusting and terrible plot, with disgusting, terrible characters.
REVIEW

6. Haven – Mary Lindsey
I’ve been trying to get back into paranormal romance this year, and after the delight that was Black Bird of the Gallows (another PNR from EntangledTeen), I thought Haven would be amazing, too, but it was so incredibly misogynistic and gross that I DNFed it around the halfway mark.
REVIEW

5. The Waking Land – Callie Bates
Another ARC that I thought I would adore, but it had such a terribly rude and self-contradicting MC that I had a hard time finishing it. The plot for this one was great and the writing had so much potential that I would consider picking up another release by Callie Bates, but I would not continue this series.
REVIEW

4. One of Us is Lying – Karen M. McManus
When I read this, literally every single person on my GR friends list who had reviewed this, had given it 4+ stars. I thought there was no way I would dislike it. Holy hell, was I wrong. This book is problematic from start to finish, plus the “mystery” is not only harmful, it was also painfully easy to guess.
REVIEW

3. Final Girls – Riley Sager
Much like #3, this was a thriller that I expected to adore because EVERYONE I knew was loving it! I was so bored, and couldn’t connect to the story at all. I hated all of the characters (yes, ALL of them) and wasn’t even remotely interested in what was happening until around the 80% mark, which is honestly waaaaay too late.
REVIEW

2. The Ravenous – Amy Lukavics
Another of my most anticipated of the year – I submitted several requests for this ARC, before finally caving and getting it from #booksfortrade. I hadn’t read a YA zombie book in a while, and the plot just sounded so fun, but unfortunately, I was bored and disappointed through about 95% of the book. The ending was great, but it was another case of too little, too late.
REVIEW

1. The Hazel Wood – Melissa Albert
Technically, this doesn’t come out until January 30th, but since I did read it in 2017, I decided to include it in the list. I had such incredibly high hopes for this book, but I was not only disappointed by it, I was also enraged and insulted. There’s honestly too much garbage for me to sort through it all in a paragraph, so I’ll just invite you to check out my review from last week if you’re interested in learning why this was my single most disappointing read of 2017!
REVIEW

Were you disappointed in any of the books on my list? What was your most disappointing read of 2017? Let me know in the comments below! <3 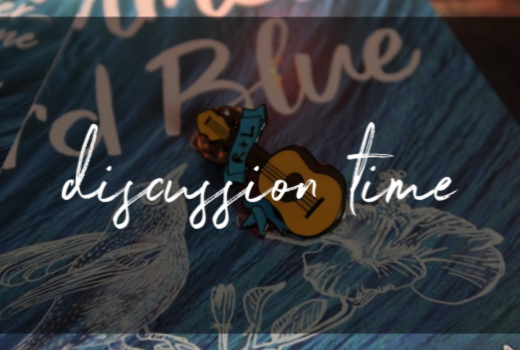 ANNOUNCEMENT: I'm going on my FIRST EVER hiatus?!