I was tagged in this super-fun-albeit-fairly-insensitive-at-times tag by the adorable Emma, whose answers never fail to make me laugh, so you guys should totally go check her post out when you’re done here! I am living for all of these end-of-year tags, so here we go~

1. first ever female doctor who

This was actually really tough for me to answer, because there were so many that I loved this year, but I think I have to go with Kady Grant from The Illuminae Files. She’s just so sassy and clever, plus she’s short and pink-haired, so… I can relate.

(an author you cut ties with)

Oh, boy. There was actually more than one, but most of them were just due to learning I hate their books now. The only one that I previously loved, but cut ties with due to their complete and total douchebaggery, was Ellen Hopkins. If you haven’t heard the drama behind this one, she announced that she’s writing a YA contemporary retelling of the motherloving underground railroad. I’d had my suspicions for years that she had crossed the line into full-blown exploitation, and this confirmed my fears. Not only was there this whole scenario, but when fans tried to discuss it with her on twitter, she blew everyone off and basically just said, “Just buy the book when it comes out and see what’s really happening.” Uh, really?

So, anyways, I managed to unhaul every poetry book she’s ever released within less than a week.

(a book that surprised you)

Definitely Stalking Jack the Ripper. I had feelings it would be okay, but I didn’t really expect to love it, and boy, was I wrong. That series has my soul, for real. Kerri is on my auto-buy list forever.

(a book that rocked your world)

Now you see why I said this tag was, at times, insensitive. Anyways…

I’ll give this one to A Court of Mist and Fury. I read it at the start of this year and it completely obliterated all of my expectations and made me realize how much I had missed hardcore fangirling over a new OTP. <3 Feysand.

An Enchantment of Ravens. I just want Charlie Bowater to draw all of the cover art, forever.

This year was the first year in my life that I felt a desperate, irresistible need to purchase multiple editions of the same book.

At one time, I had 3 different editions of ACOWAR (I now have 2). I have 2 editions each of And I Darken and Now I Rise (US & UK), 2 editions of Nevernight (US hardback & UK paperback), and 2 editions of A Darker Shade of Magic (UK paperback & US collector’s edition hardback – I had to hold myself back from buying EVERY SINGLE COLLECTOR’S EDITION though).

(a sequel that overshadows the first book)

I read a lot of incredible sequels this year, that surpassed the first books in their respective series: Now I Rise, A Court of Mist and Fury, Gemina, Hunting Prince Dracula, The Dream Thieves & Blue Lily Lily Blue…

How on earth could I pick just one? That’s honestly just as tough as asking me to pick a single favorite book of the year, period. I’m pretending this question doesn’t exist. Bye.

Oh boy, oh boy, oh boy, is this one easy: THE HAZEL WOOD. That book was supposed to be one of the best releases of 2018, and instead, it was a train wreck from cover to cover for me.

I posted a review just a few days ago, if you’re into reading my rants.

My sweet loves. I honestly forgot what it was like to fangirl so hard over an OTP until meeting these two.

I’m assuming this means what book in 2017 did I anticipate most? If so, definitely A Court of Wings and Ruin, which made me feel like I was going to spontaneously combust for several months leading up to the release of it. 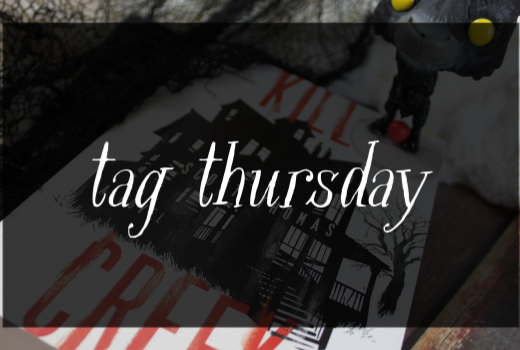 The End of Year Book Tag!