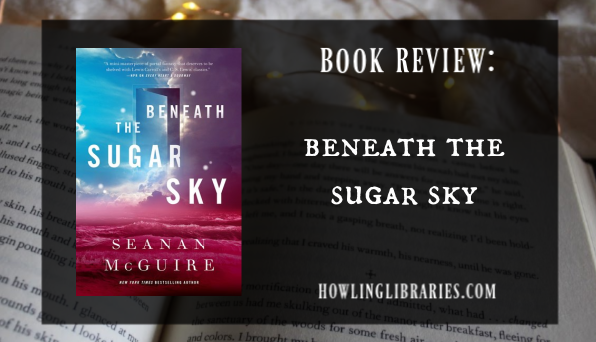 TITLE: Beneath the Sugar Sky
AUTHOR: Seanan McGuire
SERIES: Wayward Children, #3
RELEASED: January 9th, 2018; Tor.com
GENRE: Fantasy
AGE RANGE: Adult
SYNOPSIS: Beneath the Sugar Sky returns to Eleanor West’s Home for Wayward Children. At this magical boarding school, children who have experienced fantasy adventures are reintroduced to the “real” world.
Sumi died years before her prophesied daughter Rini could be born. Rini was born anyway, and now she’s trying to bring her mother back from a world without magic.

Every time I think I can’t love Seanan McGuire any more than I already do, I read another of her stories, and I’m proven wrong. She is such an incredible storyteller, and she portrays the most necessary, important perspectives on the world and on how humans treat one another, and I am so here for it, always and forever.

Day after day, she had learned that “fat” was another way to say “worthless, ugly, waste of space, unwanted, disgusting.” She had started to believe them by the time she was in third grade, because what else was she supposed to do?

In each of the Wayward Children books so far, we’ve seen how Seanan has taken a specific point or two and honed in on it—in Every Heart a Doorway, it was asexuality and transmisia. In Down Among the Sticks and Bones, it was gender stereotypes and neglectful parenting. In Beneath the Sugar Sky, it is fatphobia—and as a plus size woman reading this series, the perspective of the protagonist Cora, the kindly and brave plus sized mermaid, was all I wanted yet never knew I could have in a story.

Maybe Christopher had the right of it, going someplace where people had figured out how to do without the fleshy bits, where they would be judged on their own merits, not on the things people assumed about them.

I have never read a book that tackled the issue so damn well and so unapologetically, and to the many people who consider it “over the top”, I ask that you please check your privilege and recognize that the rep had to be in-your-face because almost nobody else is saying these things, especially in the world of SFF fiction. There are so few authors who are willing to even portray fat characters in a positive light, much less to tackle the struggles we undergo in everyday society and the misconceptions that people form about us and our bodies and health statuses. Seanan paints Cora as an incredibly healthy and capable young woman who also happens to be plus size (which is a reality for more individuals than society would have you think), but she also is willing to point towards the harm that any form of abuse and bullying wreaks upon a person’s psyche, as there is a subtle mention of Cora having attempted suicide simply because she was so weary of living in a world that believed her size diminished her worth.

Everyone who wound up at Eleanor West’s School—everyone who found a door—understood what it was to spend a lifetime waiting for something that other people wouldn’t necessarily understand.

I could honestly gush for ages about how much it meant to me to see myself represented in this book, to see a portrayal that I had, until this year, literally given up on ever seeing in fiction—but I know you guys want to hear about the story itself, too. This is the first novella in the series that actually follows a “quest”, and it brings a few new characters into play that are wholly lovable and, as always with Seanan’s writing, fleshed out to be so complex and three-dimensional in such a short span of time. We also get to spend more time with a few old favorites from the first book, as well as revisiting someone I thought we might not get to see again. This is our first glance at one of the wilder worlds, and it is so fascinating and well described that I couldn’t help but picture every single scene vividly in my mind.

The rules of the school are simple. Heal. Hope. And if you can, find your way back where you belong.

I can’t honestly pick a favorite from this series so far, because they all are so incredible and fun to read, but as far as the representation goes, Beneath the Sugar Sky is the one that meant the most to me on a personal level. I literally cried (more than once), and it really put into fresh light for me, how important diverse representation in stories is—because I want every single person in the world who is a part of any marginalized community, whether it is based upon their sexuality, gender identity, race, disability, size, etc.—to be able to pick up books that act as mirrors, and for them, too, to have that moment of happy tears streaming down their face when they finally see a character and get to say, “Wow, that’s me.” 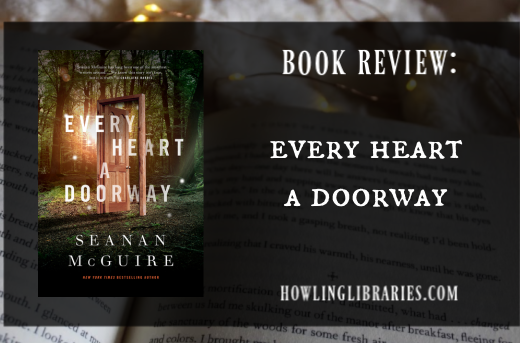 The Only Alien on the Planet. I have recommended this book SO MANY TIMES over many many years and I think I’ve convinced maybe 2 people to read it 😭

Noticed a spike in likes of me Gideon art and got some asks on if i had a version without the shades. Indeed i do. 💪#gideontheninth

Let’s stop romanticizing the bodies we had when we were 16. We were literally children. We are adults now. We have hips, our boobs have been around for longer than 4 years, we are meant to have more fat on our bodies, cellulite is inevitable. Your peak is now, love yourself ✨

Me making me iOS 14 Home Screen