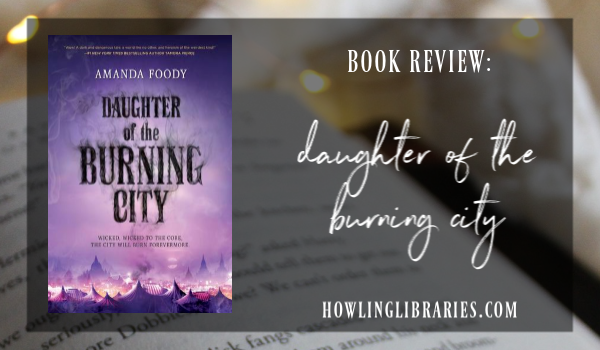 “The smoke is part of Gomorrah’s legend: once upon a time, we were burned to the ground. But we did not die. Instead we kept burning, kept moving, kept growing. The smoke surrounds us, even if we no longer burn.”

I am such a sucker for books that offer up synopsis phrases like “traveling circus city” and “carnival of debauchery”. Like, SIGN ME UP PLEASE? When I first added this one to my TBR several months ago, literally, all I could think was “I AM SO PUMPED” (and also “please don’t be another Caraval”).

PLOT ➳➳
Gomorrah is more than just a traveling circus; it is a city, full of over 10,000 citizens, bustling with markets and families, sins of every variety, and at its core, a Freak Show, run by the proprietor’s daughter. Sorina is a jynx-worker, but more than that, her abilities are special: she can create illusions of people, complete with their own thoughts, feelings, and actions. These illusions are her family, and life is as grand as it could be for an eyeless “freak” like Sorina – until a mysterious assassin begins picking off her family members, one by one.

CHARACTERS ➳➳
I loved Sorina as a narrator. Though she’s only sixteen, she’s definitely an old soul, and she is fiercely protective of her family. I loved the idea of her having been born with no eyes (she describes herself in one chapter as having nothing but a plain expanse of skin between her nose and hairline) – that was a character design I hadn’t seen before.

Luca, the love interest, is pretty entertaining as well. He’s such an immensely flawed character, with his arrogance and general rudeness, but somehow, it works? I just found myself kind of laughing at a lot of the shade he threw. I enjoyed the fact that Sorina put him in his place whenever she could, and that she acknowledged liking him despite his flaws rather than for them. (Plus, no insta-love! *choirs sing*)

There are a lot of minor characters as well, like her family/illusions, her father/the proprietor, and a handful here and there who we get to learn a bit about. Most of them feel like pretty fleshed-out individuals, and I loved how each one of them had their own flair to their designs and personalities (like Tree’s beast-like behavior, Hawk’s bravery despite her youth, or Villiam’s need to dress fancy as hell for everything).

WHAT I LIKED ➳➳
The setting is fantastic! Gomorrah is a city brimming with magic and it shows in the smoke and smells of burning that have never faded since the attempts to burn it to the ground many years in the past. There are endless references of a religious nature that kept reminding me of the old Bible story of Sodom and Gomorrah, plus a handful of them made some pretty strong points regarding our own modern world:

“It’s not fair that the Up-Mountainers get to storm our Festival and then call us the criminals. They get drunk, and they buy drugs, and they pay for all sorts of sins and call us the sinners for giving them the business they want.”

I will say, if you’re a religious person, you may find offense in some parts of the book, because there’s a distinct “us versus them” mentality between the citizens of Gomorrah and the religious people of the Up-Mountains.

I also loved the mystery shrouding the murders of Sorina’s family members, and while I had a feeling I knew who the killer would be, I didn’t quite expect it to go the way that it did in the end.

WHAT I DISLIKED ➳➳
I think my only real complaint was with Sorina – she references herself more than once as “The Girl Who Sees Without Eyes”, but I never really understood why she could see while being eyeless. She chalks it up to her jynx-work, but it was almost like one of those things where it was written off as “because I said so”, if you know what I mean.

FINAL VERDICT ➳➳
I had so much fun reading this book! I loved the representation in it: there’s a tremendously diverse cast of characters, plus one of Sorina’s illusions/sisters is a lesbian, and one character is very openly demisexual. I felt like all of the rep was done really well and never felt like a prop or “checking off the diversity boxes” to me.

I would totally recommend this book to anyone who enjoys YA fantasy stories, especially those revolving around a carnival setting! I can’t wait to read more from Amanda Foody in the future.

Thank you so much to Harlequin Teen and Edelweiss for providing me with this ARC! All opinions expressed here are entirely my own. 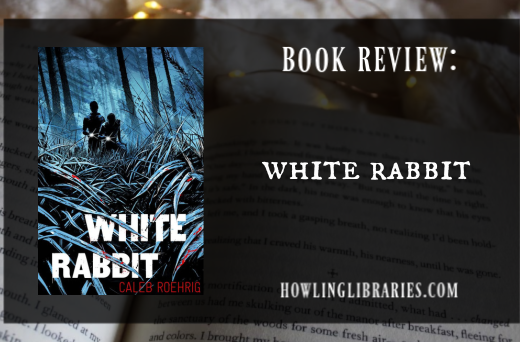 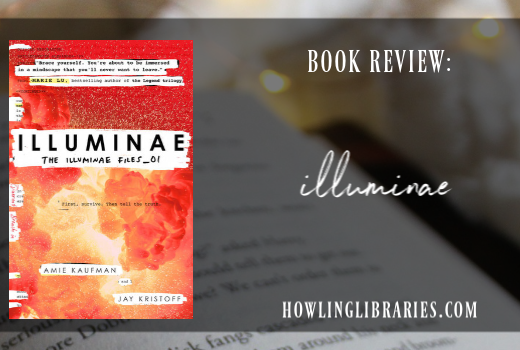