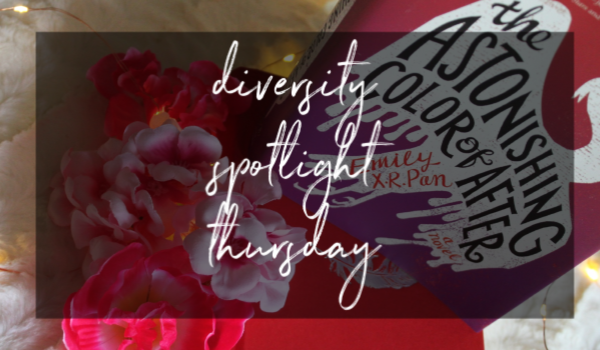 The goal of this meme is to take a moment every Thursday to highlight 3 diverse books: one from your TBR, one you read and enjoyed, and one that’s not yet released!

I want to give you guys an idea of the rep each book offers, but with books that are still on my TBR, I’ll have to make the best educated guesses I can. If I ever make an error or miss something, please let me know in a comment so I can fix it right away! Also, while I will try my best, I obviously cannot guarantee that any books listed for my “TBR picks” will be without problems, so please proceed with discretion!

If I Was Your Girl – Meredith Russo

If I Was Your Girl is an own-voice YA contemporary novel about life as a trans woman; in this case, the main character is a trans teen who is trying to juggle falling in love with a boy at her school, with accepting herself and learning how to cope in a world that isn’t always kind to trans people. I actually bought this as an ebook months ago, for a couple of bucks, and keep forgetting that I have it, but every time I come across it on my Goodreads shelves, I think I should really read it because it sounds so good!

You guys have heard me fangirl over this book, and I know it’s been tremendously popular among people who have read ARCs of it already, but I don’t see very many people talk about the fantastic diverse rep in this book. I know the MC is Asian, but if I recall correctly, she is biracial white/chinese (and Marie Lu herself is Chinese, making this an own-voice novel). There are also a great deal of characters from all over the world; most notably, the love interest is Japanese and these are some scenes in which we actually get to learn a bit about how his culture has shaped his family life. There is also a very important character who is in a wheelchair, as well as the fact that one of Emika’s teammates is openly gay.

This is a YA contemporary releasing in October, and I was lucky enough to actually receive a print ARC of it just earlier this week from PRH! It follows a brilliant black teen named Justyce who learns through hard experience that being intelligent and an upstanding citizen isn’t enough to cover the color of one’s skin in a racist society. It touches on oppression and police brutality/profiling, and is an own-voice novel written by a black woman from Atlanta (my hometown!). I have no doubt that this is going to be an incredibly tough read, but I’m sure it will be so rewarding and will teach me something new.

“Where Do My Books Come From?”