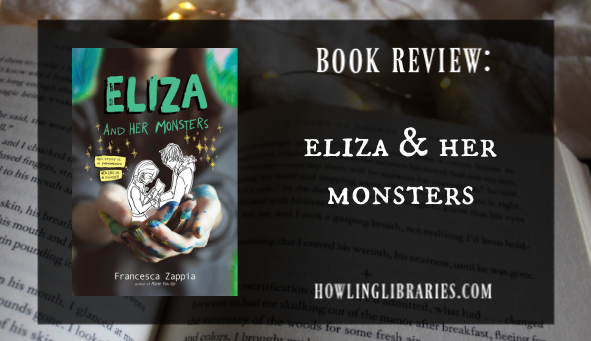 TITLE: Eliza and Her Monsters
AUTHOR: Francesca Zappia
RELEASED: May 30th, 2017; Greenwillow Books
GENRE: Contemporary
AGE RANGE: YA
SYNOPSIS: Her story is a phenomenon. Her life is a disaster.
In the real world, Eliza Mirk is shy, weird, and friendless. Online, she’s LadyConstellation, the anonymous creator of the wildly popular webcomic Monstrous Sea. Eliza can’t imagine enjoying the real world as much as she loves the online one, and she has no desire to try.
Then Wallace Warland, Monstrous Sea’s biggest fanfiction writer, transfers to her school. Wallace thinks Eliza is just another fan, and as he draws her out of her shell, she begins to wonder if a life offline might be worthwhile.
But when Eliza’s secret is accidentally shared with the world, everything she’s built—her story, her relationship with Wallace, and even her sanity—begins to fall apart.

I went into this book expecting greatness, honestly. A book about fandoms, anxiety, and being a child of the internet? You already know I can get behind all of that. Plus, a romance that forms through written correspondence? MY LITERAL FAVORITE TROPE? Sign me up! … Unfortunately, though, Eliza wasn’t quite everything I hoped it would be.

“I made Monstrous Sea because it’s the story I wanted. I wanted a story like it, and I couldn’t find one, so I created it myself.”

→ Eliza Mirk ←
Eliza herself was the reason this was a 3.5-star read for me instead of a 5-star one. Literally, every single problem I had with this book? Eliza. Don’t get me wrong, she’s not unredeemable – she portrays fantastic anxiety rep that I related really well to, and her affinity for the webcomic she has created and its subsequent fandom reaches levels of love that I think a lot of us can understand. She’s immensely talented and a perfectionist to the point that she feels like she needs to work on her creations constantly, which is also a feeling I can get behind (hello, type A personalities!).

→ miscommunications & angst ←
I don’t want anyone thinking I’m over here holding teen characters to unfair standards. I genuinely don’t mind when YA protagonists get irrationally angry at their families, or don’t want to spend time with their siblings, or lash out at friends and love interests… usually. Eliza, unfortunately, takes it to a new level.

Her parents are a little bit inept and don’t have great communication, but it felt like the portrayal of their relationship was, in a sense, saying, “It’s okay to treat your parents like trash no matter how hard they try, because even if they try to understand you, they’re never going to!” We’ve all seen bad parents in YA, but the Mirks aren’t. They mess up, and they’re human, but they’re trying, and the biggest issue is, hands down, a lack of communication. While Eliza’s behavior is perfectly common for teens – especially those struggling with mental health issues – it doesn’t feel like it’s addressed or correctly quickly or well enough to justify its intensity.

“You found me in a constellation.”

→ Wallace Warland ←
The brightest spot in this book? Wallace, hands down. He’s the sort of character that you peg as the love interest from the moment he walks on to the page, but it’s hard to guess that he could be so adorable and wounded. He struggles from tremendous amounts of grief, as well as PTSD, and it manifests through his inability to speak out loud around most people (which is where the “written correspondence” trope gets its chance to shine). He is caring, kind, and so lovable, and honestly deserved better than some of the mess that Eliza put him through.

There is a scene towards the end of the book – I won’t spoil it, but if you’ve read it, you know the one – where Eliza gives Wallace a terrible scare, and his reaction had me unexpectedly sobbing because he is so desperately afraid of his past repeating itself before his eyes. He was easily the character that I connected the most to, emotionally, and by the time I turned the final page, I just wanted so much more time with him.

“Maybe that’s normal. The things you care most about are the ones that leave the biggest holes.”

→ Monstrous Sea ←
One of the things I found most interesting about the book, I have to mention here: the art and snippets from Eliza’s webcomic, Monstrous Sea, that we get to see here and there throughout the story. The art was so fun, and it was a really nice touch that made the webcomic feel like a real-life thing – I half-expected that I would be able to go to the URLs listed and find a full, thriving forum there for a fandom I’d never known existed. The storyline snippets, on the other hand, I thought were a little dull, and didn’t form a cohesive enough mini-story to bother with trying to follow closely, but I’m happy I got the physical formatting for the illustrations alone.

→ final thoughts ←
At the end of the day, I gave this book 3.5 stars, but rounded up to 4 for the star rating’s sake. If you enjoy books that reference internet fandoms and online friends, as well as some really solid anxiety rep, I highly recommend this book, unless you have a problem with angsty, self-absorbed main characters. If you think that’s a feature that you’d find yourself unable to get past, as I know is the case for many people, I’d pass on this one. 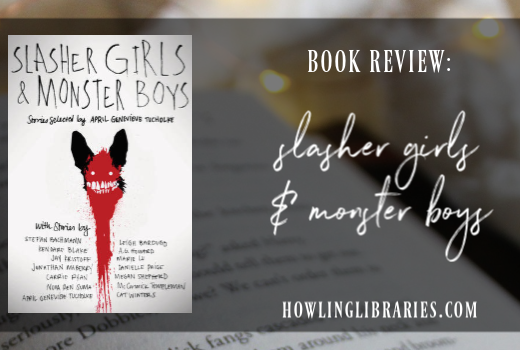 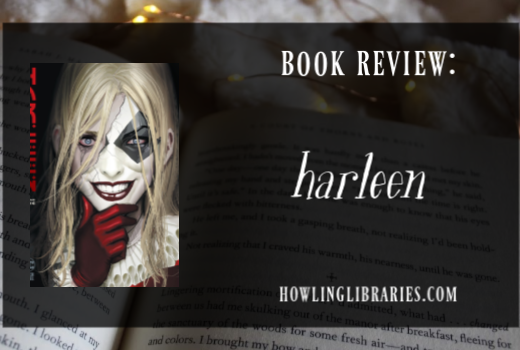