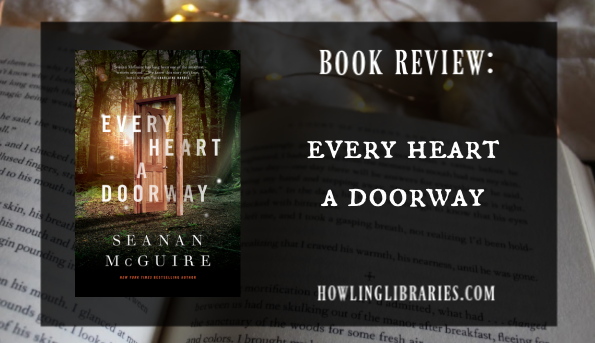 TITLE: Every Heart a Doorway
AUTHOR: Seanan McGuire
SERIES: Wayward Children, #1
RELEASED: April 5th, 2016; Tor.com
GENRE: Fantasy
AGE RANGE: Adult
SYNOPSIS: Children have always disappeared under the right conditions; slipping through the shadows under a bed or at the back of a wardrobe, tumbling down rabbit holes and into old wells, and emerging somewhere… else.
But magical lands have little need for used-up miracle children.
Nancy tumbled once, but now she’s back. The things she’s experienced… they change a person. The children under Miss West’s care understand all too well. And each of them is seeking a way back to their own fantasy world.
But Nancy’s arrival marks a change at the Home. There’s a darkness just around each corner, and when tragedy strikes, it’s up to Nancy and her new-found schoolmates to get to the heart of the matter.
No matter the cost.

I somehow lived a full 25 years of my life without experiencing Seanan McGuire’s writing, and now that I’ve seen how incredible her story-telling is, I can’t imagine ever letting it go. This book sucked me in so wholly in such a short number of pages – it made me laugh, cry, and my heart soared. I was so invested in these characters, so fearful for them and desperately wishing I could protect them, that by the end of the story, I felt stunned. How could Seanan possibly do, in 173 pages, what so many authors fail to do in 600? 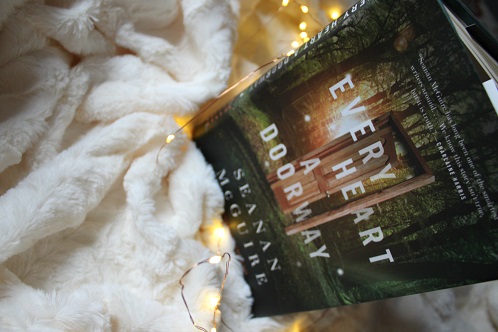 Eleanor West spent her days giving them what she had never had, and hoped that someday, it would be enough to pay her passage back to the place where she belonged.

In a world where children stumble upon doorways leading to other worlds, sometimes, those children are sent back – and left without any way of coping with the “real world” that they’re expected to mold seamlessly into. They spend their lives suffering through parents and doctors insisting that everything was a dream or delusion, when all these children want is to find that door again, and to go back where they belong.

She was a woman with something to protect. That made her more dangerous than they could ever have suspected.

That’s where Eleanor West comes in: a woman who gave up her door, to give these children a safe place to continues their searches whilst living as peacefully as their minds will allow. She is fiercely protective and loving of her students, determined to offer them a home away from the worlds they so desperately wanted to return to. I loved her instantly.

“If anyone should be kind, understanding, accepting, loving to their fellow outcasts, it’s you. All of you. You are the guardians of the secrets of the universe, beloved of worlds that most will never dream of, much less see… can’t you see where you owe it to yourselves to be kind? To care for one another?”

Of course, not all of these children are returned unscathed, and that’s where our murder mystery comes in. Students at the school keep turning up dead, corpses brutalized. Nancy is new to the school, but having been a child of the Underworld, death doesn’t scare her, and she finds herself joining in a small team of students determined to track down the murderer by any means necessary. Seanan’s writing is dark and heavy – gruesome, at most – but the suspense isn’t even the best part (though the mystery is, in fact, fantastic).

At its core, this story and the characters within it are so inherently feminist and inclusive, and I love Seanan so much for that. Despite it being a fantasy tale, a tremendous amount of the advice given and commentary made was incredibly relevant to our own world and society.

She’d known girls on diet her entire life. Most of them had been looking for smaller waists, clearer complexions, and richer boyfriends, spurred on by a deeply ingrained self-loathing that had been manufactured for them before they were old enough to understand the kind of quicksand they were sinking in.

There’s not only a great deal of talk about toxic masculinity and how our culture accepts terrible crimes from men, simply because they are men, but there’s also commentary on the unfair standards women are scrutinized under. It felt incredibly important to me that one of the characters even points out that there are so few boys at the school, and is answered with an explanation that, as men are typically allowed to do as they please, they don’t suffer the same fine-toothed combing that a woman’s every move and word is passed under. When they go away to the other worlds, their disappearance is viewed as less of a shock, and when they come back changed, their newfound behaviors don’t deem them a problem child in the same ways.

She could have flirted forever. It was just the things that came after flirting that she had no interest in.

Of course, the feminism in the writing isn’t the only delightfully inclusive aspect to it; it’s also a book with wonderfully diverse representation throughout the cast, including both an asexual protagonist and a trans friend/love interest. Their sexual orientations and gender identities aren’t merely hinted at; they are displayed proudly on the page, which isn’t something we see often in fantasy novels, much less little novellas like this one. It was evident from the start that Seanan cares enough about representation to find room for it no matter how small the page count may be, and I appreciated that so much.

This was always the difficult part, back when she’d been at her old school: explaining that “asexual” and “aromantic” were different things.

Not only does she offer such wonderful rep, but she also takes the time to dismantle a few myths, tropes, and assumptions. We have an asexual character, explaining that ace does not equal aro, and that she’s capable of romantic interest and physical affections, regardless of her views on sex itself. I don’t think I’ve ever read a book with such prominent ace rep, and while I’m not on the ace spectrum myself, I thought that it came across as fantastically positive rep.

“You’re nobody’s doorway but your own, and the only one who gets to tell you how your story ends is you.”

I could honestly ramble forever about this little story, but the bottom line is that it is an incredible tale of acceptance, healing, friendship, trauma, and finding yourself – be it in this world, or another. I cannot recommend this series highly enough, and I am so eager to continue it and see what else Seanan has in store. 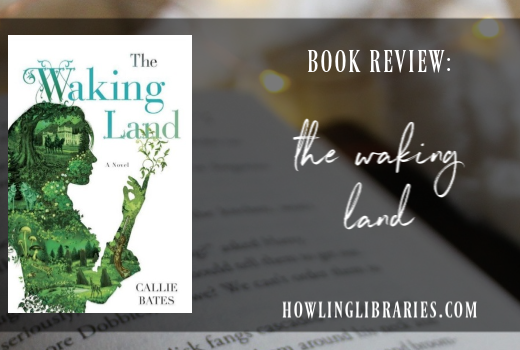 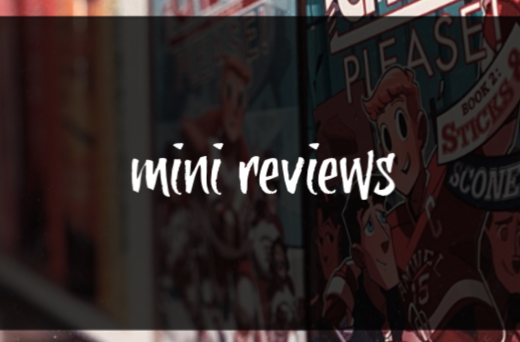