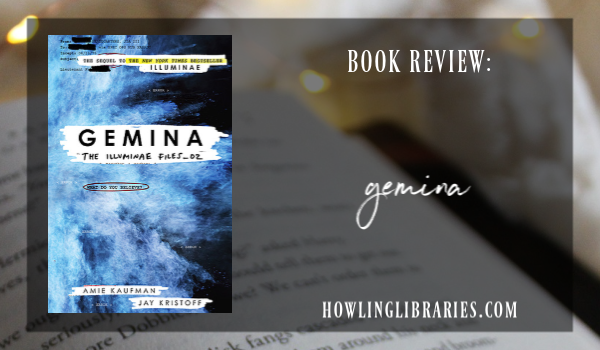 ILLUMINAE SPOILERS AHEAD – do not read this review if you haven’t finished the first book in the trilogy!

“Patience and Silence had one beautiful daughter. And her name was Vengeance.”

Kady and Ezra, now aboard the ship Hypatia, are fast on their way to Jump Station Heimdall. Their intentions are not only to inform the Jump Station crew of BeiTech’s disastrous attacks, but to save countless innocent people. The problem is, someone has beaten them there.

When an elite team of BeiTech soldiers are dispatched to Heimdall, all war breaks loose, and we find ourselves once more at the hands of two young, unlikely heroes: Hanna Donnelly, prissy daughter of the station’s captain, and Nik Malikov, young heir to the House of Knives Russian drug mob. They couldn’t be more different, but Hanna is forced to move past her annoyances with Nik’s endless love for her (I’m only exaggerating a little) so they can work together to save their loved ones… and a helluva lot of other folks, naturally. The duo is joined by Nik’s computer hacker savant cousin, Ella, who manages to practically run the entire damn station from the safety of her wheelchair.

First of all, let me begin by saying that the characters in this book aregoals for life. Hanna is badass and pissed as fuck, Nik is adorable and precious, and Ella is just one of the funniest damn fictional characters I’ve ever come across in my LIFE. I seriously want so badly for her to be real so that I can steal her away as one of my best friends because she is just so damn hilarious and sassy and fun. I loved the interactions between the three of these characters so much, whether one-on-one or in group format. Much like in the first installment, the non-stop action, back-stabbing, and generally dark twisty-ness was lightened just enough with comic relief to be the perfect mix. Nik has also immediately become one of my most endeared-to characters, and I loved every moment of our interactions with him, because he’s just so kind-hearted and precious.

Speaking of lovable characters, we also get to visit once more with Kady, we see a little bit of Ezra’s humor and goofy mannerisms, and, best of all… More AIDAN narratives. Anyone who has heard me rave about the first book knows that AIDAN was my favorite aspect to it, and the same goes for Gemina. He is hilarious in the best ironic ways, sassy as hell, and brilliant. He has so many quotable lines in this installment that are just downright savage and I basically want most of his pages tattooed onto various parts of my body because they. are. PERFECT.

Now, moving on to the world of The Illuminae Files, this book perfectly does what so many sequel titles fail at: it manages to expand upon the world we already know, without feeling repetitive. It teaches us just enough new information to bring so much more of their world into light, but it never feels like an overload, or like any of it was just made up on the spot to appease the readers. Everything feels carefully mapped out, which I don’t find often enough in YA trilogies/series, and I really appreciated it.

As far as the plot goes, if you’ve read Illuminae, you may be familiar with how skilled Jay and Amie are at creating an ever-twisting and turning story line that keeps you on the edge of your seat, evokes ALL THE FEELS, and just basically leaves you with the desperate need to convince everyone you know to GO READ THIS BOOK IMMEDIATELY. If you do know what feeling I’m talking about, you’ll be delighted to find that Gemina takes that feeling and doubles it. The story becomes so much more complex than we ever realized, and you will positively gasp, rage, grin, and maybe even cry a little (I did all of the above).

The bottom line is this: if you liked Illuminae, you will not regret continuing with the next piece of this brilliant trilogy. I would recommend The Illuminae Files to anyone who enjoys YA sci-fi, delightful character development, enjoyable world-building, a healthy ratio of action to romance, and, oh yeah… enjoying life. 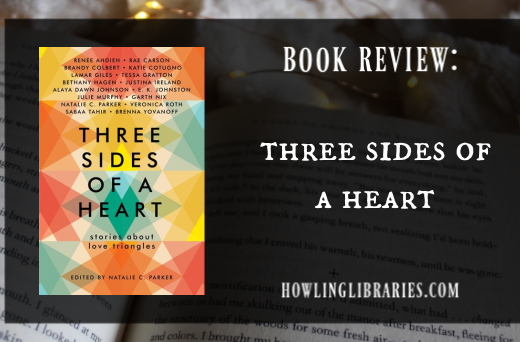 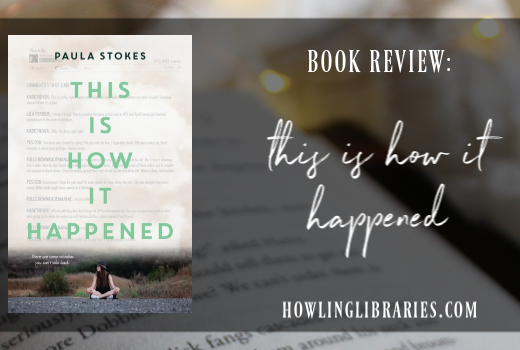