The Gentleman’s Guide to Vice and Virtue – Mackenzi Lee 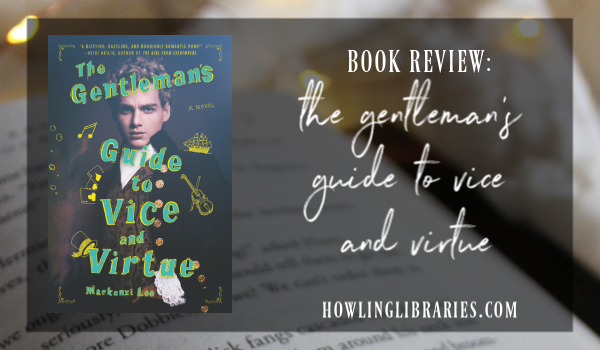 I’m very sorry to direct you here instead of posting this on Goodreads, but GR has recently taken to cracking down heavily on any negative reviews that specifically mention the author’s behavior. Alas, I’m only posting this on my own personal blog.

I loved The Gentleman’s Guide to Vice and Virtue a lot when it came out. I hadn’t seen much bi rep in books at that time, and as a bi woman, it felt good to be seen and recognized as valid! Unfortunately, in the 2 years since I read it, Mackenzi Lee has more or less ruined herself for me with her endless stream of various hurtful remarks, the most recent and relevant of which being when she was asked on IG what sexuality Monty would identify as, she said he “shouldn’t be labeled” and was simply “queer”.

If you’re not bisexual, you might not know why this is harmful, but the B in the LGBTQ+ community undergoes constant erasure and always has. For an author to write one of the stunningly rare bisexual men in YA fiction and then to erase that so effortlessly is painful, it’s dismissive, and it’s cruel.

That was enough to put a poor taste in my mouth to begin with, but there’s also the matter that Lee has another upcoming title releasing that has been pitched for the last several months as an f/f hist-fic novel, only to recently be revealed that the MC is, in fact, a trans man who is dead-named and given the wrong pronouns for most of the book and the entire synopsis. That’s sketchy enough as it is, but add in the fact that a metric shit-load of trans authors and readers have reached out to Lee to ask her not to do this, and she’s dismissing everyone and saying she knows what she’s doing? She, as a cis woman, “knows” what’s best for trans people more than actual trans people do? I think not.

All of that rambling/ranting aside, Mackenzi Lee… it’s time we break up. I’ll be donating the books of yours I’ve already purchased (*sigh*), and sending an email to the publisher of your upcoming Loki novel to inform them I absolutely will not be reading and/or promoting the ARC they’ve sent me, because frankly, I don’t want to think about you or the harmful things you’ve done to the bi and trans communities anymore.