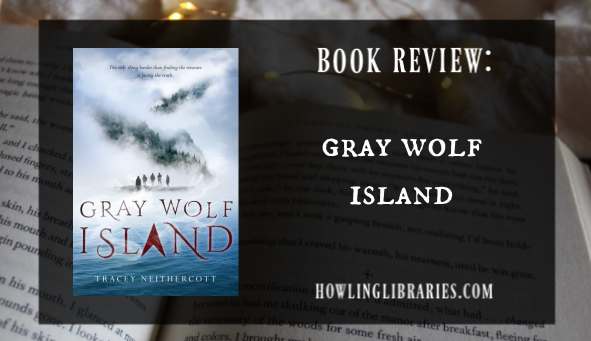 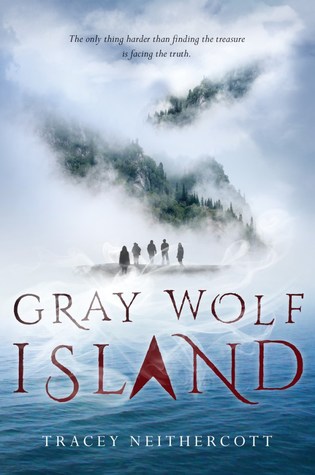 TITLE: Gray Wolf Island
AUTHOR: Tracey Neithercott
RELEASED: October 10th, 2017; Knopf Books for Young Readers
GENRE: Contemporary/Mystery/Magical Realism
AGE RANGE: YA
SYNOPSIS: Right before Sadie died, she begged her sister, Ruby, to do the one thing she could never do herself: Find the treasure on Gray Wolf Island.
With just a mysterious treasure map as a guide, Ruby reluctantly allows some friends to join her on the hunt, each of whom is touched by magic: a boy allegedly born to a virgin, a girl who never sleeps, a boy who can foresee his own death, and a boy with deep ties to the island. Each of them is also keeping a secret—something they’ll have to reveal in order to reach the treasure.
As the secrets come to light, Ruby will have to decide: Can she make peace with her friends’ troubled pasts and continue to trust them? Can she forgive herself for doing the unspeakable? Deep in the wilderness of Gray Wolf Island, Ruby’s choices will determine if they make it out with the treasure—or merely with their lives.
From debut author Tracey Neithercott comes a darkly compelling tale of profound friendship, adventure, and finding the strength to tell the truth.

Upon first reading this book, I was comfortable with a 3.5, rounded down. It wasn’t anything particularly special, but it was a fun read, I felt like it went by rather quickly, and there were a few topics that I thought it handled pretty well (such as loss of a loved one, and sexual assault). That said, this review has taken me forever to write because I feel so “meh” about it, and after thinking back on the story as well as reading Kaylin’s comparison of how heavily influenced by The Raven Boys this book seems to be, I think I’ll lower this to 2.5, rounded down.

I was planning on writing a thorough review for this book, but honestly, it’s not that I don’t want to – it’s that I can’t.Sure, it’s been a little while since I read it, but that typically doesn’t stop me from writing long, in-depth reviews. (I mean, just look at my TRC reviews, each of which took me about 2 months to write, but are pages upon pages of details and gushing.)

Honestly, Gray Wolf Island is simply not a memorable read. Before glancing at friends’ reviews and the synopsis earlier today, I could not have possibly told you the name of a single character, or much of anything about the plot. I had forgotten everything except the treasure hunt, and the death of the protagonist’s sister, and I almost never forget important details in books like this. That’s just how outright forgettable this story is.

It’s not a bad book, by any means at all. If you’re looking for a fun YA mystery that’s a breeze to get through and will keep you guessing at a few details along the way, I’d honestly 100% recommend picking this up! That said, if you’re looking for a story that packs a bigger punch and will stay with you, this probably isn’t the read for you – and if you’re a TRC fan who, like me, takes issue with other books being blaring copies of that beloved series, I’d probably pass this one by.

Thank you so much to Knopf Books for Young Readers for providing me with this ARC in exchange for an honest review!