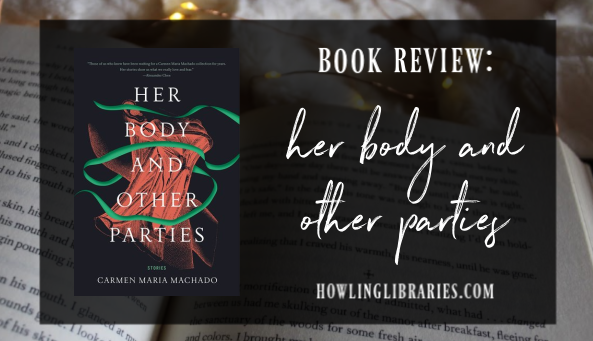 I have heard all of the stories about girls like me, and I am unafraid to make more of them.

This anthology isn’t so much a collection of stories as it is a collection of experiences. Carmen Maria Machado writes beautifully; her voice is so incredibly unique, and no matter the content of the tale, she transports you right into the scene – for better or for worse. I’ll do my best to give you my thoughts on each story, but at the end of the day, this is the sort of collection that I highly recommend you simply pick up for yourself.
→ The Husband Stitch ★★★★★ ←
The anthology opens with a peculiar retelling of a classic horror legend: the woman with the ribbon around her throat, if you’re familiar. The narrator carries us through her life: through meeting her significant other, wedding him, giving birth, the woes and beauties of motherhood, and more.
She explores the paradox of being a woman who is proud of embracing her sexuality, while still, at times, noting the shame that society places upon her for it. She portrays the struggle of motherhood, and trying to do one’s best despite all of the many obstacles that may cross a mother’s path. Most of all, she explores feminism, and the fact that a woman, no matter how much she loves her partner or her child(ren), remains her own property at the end of the day. When a woman allows another human being to claim “ownership” of her, she loses herself.

→ Inventory ★★★★☆ ←
While the first story is metaphorical, the second story is literally an “inventory”, or a history, of the narrator’s sexual partners and relationships. This entry to the collection is incredibly explicit, but woven into the stories, we learn of a world coming to a halt, and an apocalyptic reality setting into place thanks to an unstoppable disease. Machado builds up a lovely but inescapable sense of impending dread.
→ Mothers ★★★☆☆ ←
The third entry begins with our narrator being handed a baby created by herself and her former female lover, and frankly, beyond this point, the rest of the story is a combination of beautiful, poetic narrative, and absolute chaos in the form of one of the most genuinely unreliable narrators I’ve ever read. If you enjoy unreliable narration and being left to piece things together for yourself, this will be right up your alley, but it was just a little too blurry and grey of an ending for my taste. One thing I will give Machado the utmost credit for in this story, though, is the incredible way she writes an abusive relationship. There were so many lines that were brutally familiar, but so cathartic, because they felt so raw and genuinely.

→ Especially Heinous ★★☆☆☆ ←
This was my least favorite entry in the collection, though that doesn’t mean it was bad. This one details an alternate universe of Law & Order: SVU in which there are ghosts of dead prostitutes with bells for eyes, doppelgangers dead-set on ruining lives, affairs, lost memories, and a character falling somewhere between mentally unwell and possessed. It follows several “seasons”, with each “episode”‘s synopsis ranging from a sentence to a paragraph. It was actually an incredibly unique idea, and I loved the metaphors being presented, but it overstayed its welcome and I found myself drudging through the last several pages.
→ Real Women Have Bodies ★★★★☆ ←
Out of all of the stories, this was the toughest for me to rate, because I felt like it could be interpreted so many different ways, and I found myself second-guessing what it meant to me. Our narrator, a dress shop employee, lives in a world where women keep disappearing. They don’t vanish into thin air; instead, they simply wake up one day to find their bodies fading, until they become translucent, and then are gone for good. At first, I believed it to be a commentary on society’s expectations of women in general, but at one point, the story explains that women are fading younger and younger, and suddenly, I was reading a story about a world in which women lose their value as they lose their youth, and their worth is “lost” earlier with each passing generation. Sounds familiar, doesn’t it?

Soon, I’ll be nothing more, too. None of us will make it to the end.

→ Eight Bites ★★★★★ ←
As someone who has struggled with disordered eating, I have vowed to always be honest in my reviews, but to be especially candid when it comes to ED rep, because it so easily goes awry. Let me preface this first, though, by saying that I have never seen a representation of an eating disorder that is as raw, and authentic, and flawless as what I read in this short story. I felt like I was gasping for air at times. The story follows a woman who, after years of struggling with her weight, decides to have gastric surgery to assist her weight loss. She comes from a line of women who are “too large”, and even reminisces on her mother’s disordered habits from her youth, though she doesn’t seem to grasp how her self-loathing has alienated her own overweight daughter, too. What follows her surgery is brutal, and familiar, and heartbreaking, and so cathartic.

→ The Resident ★★★★☆ ←
This was another tough one to rate, because it felt so incredibly personal; I literally, at multiple times, thought, “Am I reading an autobiography?” It tells the story of a writer who goes to a writer’s retreat in an area where she once had a childhood “incident” with her Girl Scouts group, but we are left guessing as to what the incident was for most of the tale. In a nutshell, it’s a story of learning to accept who you are and how you feel about yourself, as well as the world around you.

“Do you ever listen to yourself? This is crazy, that is crazy, everything is crazy to you. By whose measure?”

→ Difficult At Parties ★★★★☆ ←
Machado rounds out the ending of the book with a story about a woman who has suffered sexual assault and is trying to find her place in the world again with her new traumas. She wades through the police search for her attacker, as well as desperate attempts to become intimate with her lover once more, and ends up seeking comfort in pornographic films. This is a bizarre, tough read, but it’s important, and like every other story in this collection, it painted a scene that served as a reminder of just how brutal life can be for women in this world.
→ final thoughts & rating ★★★★☆ ←
If I average everything up, I only actually gave this collection 3.88/5 stars, but overall, it felt like a 4- or even 4.5-star read. It is unapologetically feminist, queer, candid, and authentic. It is brutal at times, cathartic at others, and most of all, it is important. Be aware that it comes with nearly every trigger warning I can think of, but do yourself a favor and pick up a copy. 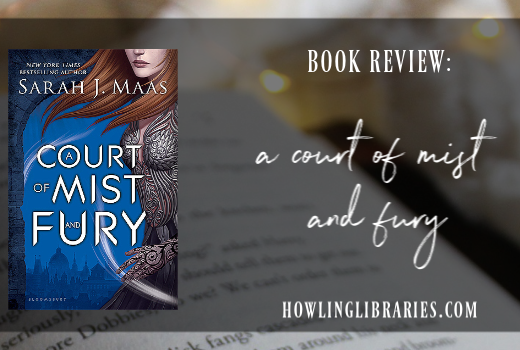