SYNOPSIS:
Courtney “Coop” Cooper
Dumped. Again. And normally I wouldn’t mind. But right now, my best friend and source of solace, Jupiter Sanchez, is ignoring me to text some girl.

Rae Evelyn Chin
I assumed “new girl” would be synonymous with “pariah,” but Jupiter and Courtney make me feel like I’m right where I belong. I also want to kiss him. And her. Which is . . . perplexing.

Jupiter Charity-Sanchez
The only thing worse than losing the girl you love to a boy is losing her to your boy. That means losing him, too. I have to make a move. . . .

When I read Dear Martin from this author last year, I enjoyed it and found the plot important enough to give it a high rating, but something about it didn’t quite “click” with me, so I was super apprehensive about reading Odd One Out. On one hand, I was wary that it, like its predecessor, would leave me feeling as though something was missing—on the other hand, with such a diverse cast, my hopes couldn’t help but ride high. 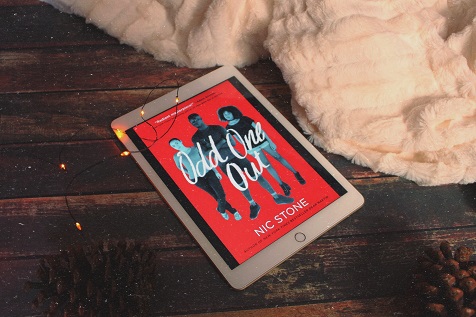 Unfortunately, this was simply not an enjoyable reading experience at all. Stone’s writing voice feels so unrealistic and awkward and strange to me. I constantly caught myself thinking that the way she phrased things just didn’t make sense, and sure, that might sound like a trivial complaint, but when it happens over and over throughout the entire story, it’s worth noting. Plus, there are all these really cringe-y moments, like Jupes referring to being aroused as “feeling strangeness down in my secret place” and various other weird, overly childish phrasing. And there are a few places where the writing literally uses action quotes to depict actions (yes, as in, “**eyes bulge out of head**”—direct quote).

This book takes place in three “parts”, with each part being in the perspective of a different character. There’s Courtney/“Cooper”, the cishet black athlete and male cheerleader, who is pretty fun—not too many issues here besides some general “teen boy” horniness. Then there’s Rae, the Irish/East Asian questioning new girl in town. I couldn’t stand a single chapter of Rae’s perspective. The level of self-obsession and childishness in her narrative made me want to DNF this book so badly.

Finally, there’s Jupiter/Jupes, Cooper’s lesbian black/Latinx childhood best friend. Jupes’ perspective starts off in second person and suddenly switches to first person, which is just a tremendous pet peeve of mine. More importantly, though, she’s so hung up on her label that she treats people like garbage when she gets confused. Don’t get me wrong, we need questioning rep in queer books, but when it causes this much harm to the people around the questioning character, it’s hard to enjoy.

On top of that, while Jupes has some great internal monologue surrounding labels and how nuanced sexuality is, there are some moments that made me, as a bi woman, extremely uncomfortable. I don’t want to go into it all here, because I think this is one of those things where some people will be hurt and some won’t, but the casual bi-erasure in the first half, and constant questioning of whether or not bi people are “allowed” to be attracted to trans people in the second half, was exhausting. Oh, and can we talk about the lesbian character who literally states, “I don’t mess with bisexual girls … Enough girls leave you for dudes, and you learn to keep your distance” AND ISN’T EVEN CALLED OUT FOR IT? NOT EVEN FOR A SECOND? This is hurtful and the least you could do is challenge it in the text.

Finally, the last thing I want to talk about is a little bit SPOILERY:

We are led to believe through the entire book that there’s going to be a polyamorous relationship by the end of it, but that falls flat in the end. Despite all three kids spending the whole freaking book whining about how they’re each in love with the other two, in the end, two of them pair off while the other one goes off to do their own thing, and it felt so freaking queerbaiting for polyam rep that I was stunned. I mean, all of the characters even have their own respective fantasies about them all being together in the end, but it’s not even considered as an option! I don’t know, it just felt poorly done and gross to me.

All in all, this was just such a disappointing read for me, and all of the fantastic diverse rep in the world couldn’t save it from hurtful moments, a forced and uncomfortable ending, and really unlikable writing from start to finish. This book will absolutely have its fans, but I can’t say I’m one of them, nor will I likely be recommending this book to any friends seeking out good queer rep in the future.

I forgot to mention in my original review, but the last issue I want to point out is that this book has some pretty unhealthy age gaps in the relationships. Rae is 15, while Cooper is 18, which isn’t even legal here in Georgia, where the book takes place. Another character is 16, almost 17, when she decides she wants to sleep with a woman in her 20s. The older woman refuses her over and over and the 16-year-old BEGS her and wears her down through pleading, whining, etc., until the woman finally gives in and they have sex. Again, super not legal, super creepy.

All quotes come from an advance copy and may not match the final release. Thank you so much to Crown Books for Young Readers for providing me with this ARC in exchange for an honest review! 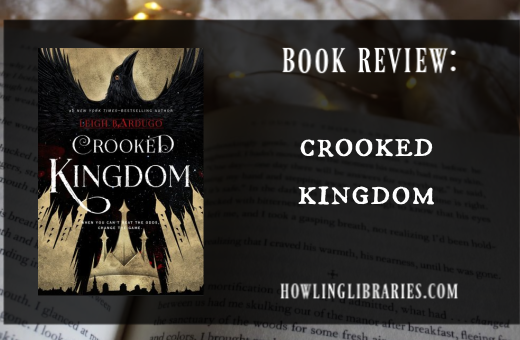