SYNOPSIS: Everyone Celaena Sardothien loves has been taken from her. But she’s at last returned to the empire—for vengeance, to rescue her once-glorious kingdom, and to confront the shadows of her past…

She has embraced her identity as Aelin Galathynius, Queen of Terrasen. But before she can reclaim her throne, she must fight.

I’m struggling to even start this review, because I’ve just read over 500 pages of this 648-page book in one day, and I am positively reeling from the nonstop action, betrayal, suspense, and development I’ve just been put through. Before starting this series, I was so worried that it wouldn’t live up to the love I have for the ACOTAR series, but at some point during this installment, I realized that I am honestly just unapologetic trash for Sarah’s writing and probably always will be.

She was a whirling cloud of death, a queen of shadows, and these men were already carrion.

In each installment, I’ve watched Sarah’s writing prowess improve bit by bit, and this was no exception—the world-building and magic system have reached such an enjoyable level by this point, being just complex enough to keep things interesting, without ever feeling over-the-top. I adored the introduction of new forms of magic in this one (i.e. shape-shifting, shadowfire, etc.), as well as the time that was spent on further explaining the history and politics of the region.

Behind them, across the hall, the dancers shattered their roses on the floor, and Aedion grinned at his queen as the entire world went to hell.

That said, there’s not a ton of time to spend on back story, because Queen of Shadows is easily the most action-packed book in the series so far. If Aelin and her allies aren’t actively engaging in battle, they’re sneaking around spying on people, or laying elaborate traps to further their scheming against the King of Adarlan. We see so many old characters brought back into the spotlight in new and interesting ways, and I loved seeing how far some of them had come.

She looked at them, at the three males who meant everything—more than everything. Then she smiled with every last shred of courage, of desperation, of hope for the glimmer of that glorious future. “Let’s go rattle the stars.”

Speaking of characters, I just need to take a moment and gush over how fantastic I find Sarah to be when it comes to creating these individuals that I can’t help but absolutely adore. While I’m fond of most of the primary players in one way or another, my favorites are easily:

→ Rowan: again, I’m a sucker for a grouchy warrior—and I adored the perspectives of his we got to see in this one
→ Asterin: what a noble, fierce, badass witch she is—and a certain aspect of her character development positively broke me in this
→ Lysandra: I am a relentless lover of the “woman who retains her fighting spirit despite being forced into sex work” character archetype, and literally applauded this terrifying, incredible lady—twice!

“I kept thinking about how you might never know that I missed you with only an ocean between us. But if it was death separating us… I would find you. I don’t care how many rules it would break. Even if I had to get all three keys myself and open a gate, I would find you again. Always.”

Beyond the action, the fight scenes, the world-building, the magic, and the lovable characters… there’s the ridiculously slow-burning romance forming, that I cannot get enough of. I didn’t have a problem with the original romance in this series, but it felt a little bland at times—this relationship does not suffer from that in the slightest and I adore every single interaction between these two.

That gods-damned nightgown. Shit. He was in such deep, unending shit.

Whether they’re sassing each other, trading flirty banter, or uttering quiet confessions in the dark, I just cannot get enough of every sweet scene they share. This book reminded me of how I felt the first time I read A Court of Mist and Fury, and the feeling when I first realized that Sarah is easily my favorite author to go to for an OTP I can root for; she’s done it again here, and I can’t wait to see the progression in Empire of Storms.

There’s more I could gush about, really, but there are so many shocking turns of events in Queen of Shadows that I want to take care to avoid spoiling anything. That said, trust me when I say that this has become one of my favorite series of all time, and I will be starting the next installment, Empire of Storms, as soon as I possibly can. ♥ 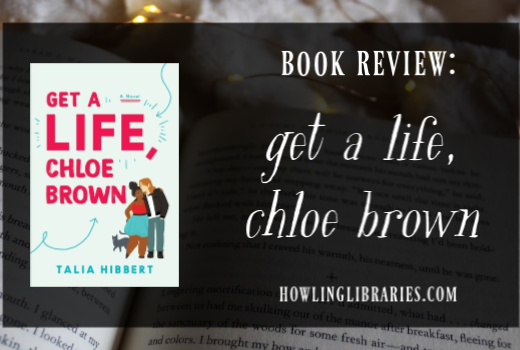