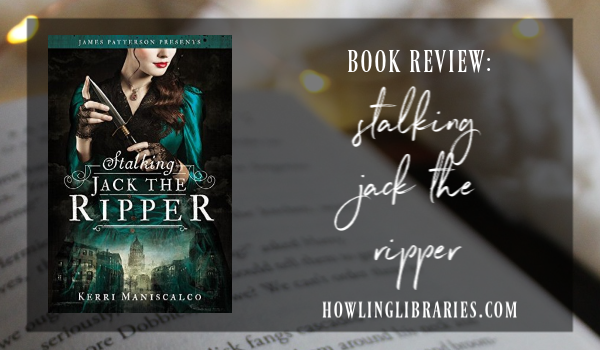 “Roses have both petals and thorns, my dark flower. You needn’t believe something weak because it appears delicate. Show the world your bravery.”

The year is 1888, and Audrey Rose is determined to go against everything that society expects of a young, British lady: rather than waste her time with tea parties and courting politicians, she sneaks out in the evenings to train under her uncle in the forensic sciences. She prefers slicing open corpses to being coddled and reprimanded, despite the wishes of her highly esteemed father.

Her interests shift from unsavory to unsafe, however, when women’s corpses start piling up in the streets, defiled in terrible ways, from slashed throats to missing organs. When suspicions arise that the murderer is someone she knows personally, Audrey becomes determined to find the man responsible, no matter the cost.

I honestly didn’t know whether or not I would like this book. I love historical fiction, and I’ve had an unhealthy obsession with The Ripper since I was a child, but I hadn’t heard a lot of chatter about this one, and I wasn’t sure what to expect, since I tend to lean on the skeptical side when it comes to YA horror/thrillers. It actually even started off a little rocky for me, because I kind of hated the romantic interest at first – and don’t get me wrong, he continues to be an insufferable and arrogant asshole through the duration of the book, but I started cutting him some slack when he began to show signs that he genuinely respected Audrey’s bravery and intellect, rather than casting her aside as some weak-minded woman, like most of the men in this book do.

In fact, I’d like to take a second and applaud Thomas and Audrey’s uncle for having faith in her, and going to great lengths to assist her in her endeavors, rather than shutting her down or belittling her as the rest of her family and acquaintances do. It would have been incredibly unrealistic if everyone had simply cast a blind eye on Audrey’s actions, given that the setting is 19th century London, but the fact that Kerri threw in a few feminist characters to support Audrey was a breath of fresh air throughout the book.

Audrey herself was such a delightful character. She’s a total badass who gives no fucks about what anyone thinks of her, or society’s idea of propriety for a young woman, and I loved her for that. I especially adored the more subtle “fuck you”s she threw out, like her insistence on wearing nothing but black riding gear instead of frilly gowns by the end of the book. She wore her differences like a badge of honor, rather than spending all of her time trying to fit into some stupid mold or fretting over what people thought of her, and it was positively splendid.

As far as the plot went, I will go ahead and say that I figured out who the murderer was way before the big reveal, but I’m not taking off any points for that, because I didn’t feel like this was the sort of book that required some big, jawdropping twist. I found the ending surprisingly satisfying, albeit a little sad. I enjoyed the method of wrapping up that Kerri used; you could either continue on to the sequel, or stop at the end of this book, and I personally – as someone who has a hard time finishing series at times – am always grateful for an author who can do that, rather than just relying on cliffhangers for every book. That said, I do have an ARC already sitting on my shelf of the sequel, Hunting Prince Dracula, and while I’m not sure if I’ll read it quite this far in advance (it doesn’t release until September), it’s definitely going to be on my July TBR at the latest, because I really am very excited to see what else Audrey has in store for us.

If you like horror/mystery books but don’t like a lot of gore or violence, I would say this would be a good fit for you; it doesn’t stray far from the boundaries that YA generally sets for its audience, though there is one description of gore in particular that may bother a few people. I’m probably a really poor judge of that, because I tend to enjoy ghastly adult horrors that make a lot of people nauseated, so I’ll just advise you to proceed with caution if you’re the queasy type.

If you do enjoy murder mysteries, serial killer retellings, historical fiction, or just stories about women being awesome and flipping off society’s expectations of them, I would absolutely recommend this read. It was enjoyable and fast, and I look forward to reading more from Kerri Maniscalco! 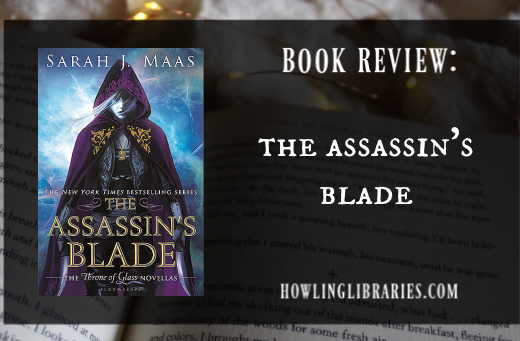 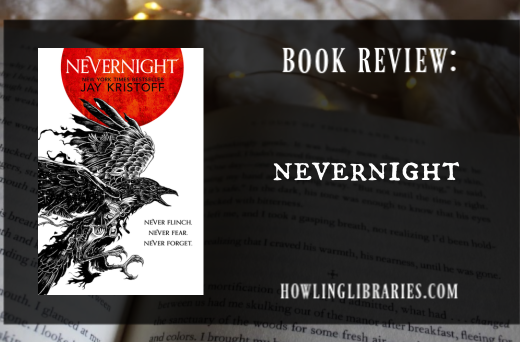