T10T: What I'm Listening to in the Car Lately

This week’s theme is an audio freebie! I couldn’t decide if I wanted to focus on audiobooks, music, or podcasts, so I thought, why not all three?

1. The No Sleep Podcast
I’m a long-time lover of r/nosleep, but just got into the podcast a couple of years ago, and it changed my life. It’s a horror short story podcast that has amazing narrators and creators, plus the team focuses a lot on diverse stories, which is so awesome. 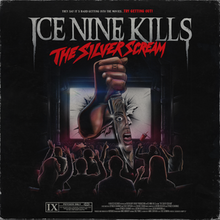 2. The Silver Scream album by Ice Nine Kills
I love horror, and I love metalcore, so a metalcore album where every song is an homage to a different horror film? YES, PLEASE. The link I chose is for one of my favorite tracks on the album: The Jig is Up (can you guess what movie it’s based on?!).

3. The Beast’s Heart audiobook narrated by Jim Dale
I had a physical ARC of the book I meant to review before its release, but when I missed the release date and then learned Jim Dale (the Harry Potter US audiobooks, anyone?) narrated it, I actually spent an audible credit on it anyways. ? It’s SO GOOD and Jim’s voice lends perfectly to the Beast’s mannerisms!

4. Nevernight audiobook narrated by Holter Graham
I’m rereading Nevernight before moving on to Godsgrave (finally!) and I’m enjoying it so much. I’m still pretty early in the book, and Holter’s narration works so well for Tric because it makes him sound so genteel and endearing. ♥ 5. Alt Nation on SiriusXM
I don’t keep a SiriusXM sub all the time (because $$$), but I got 3 months free at the start of the year and have been listening to Alt Nation a lot lately. They play alt pop, indie, etc. (think The Wombats, Foster the People, etc.), which is some of my favorite music. Too bad the main DJ, Madison, makes me want to stab fiery forks into my ears…

6. The Illuminae Files audiobooks (full cast)
I love this series and these audiobooks so much, I basically just keep them on rotation.

7. Hozier
Whether it’s his old stuff or the new album, I can’t ever seem to get enough. The link I chose is to my favorite of his new songs, Almost (Sweet Music).

8. Florence + the Machine
Florence is another artist I never get tired of, and it doesn’t matter which album I’m listening to, it’s all SO GOOD. ♥ I’ve adored her for years and seeing her live last October was one of the single greatest experiences of my life. For the link, I picked the song of hers I’m most obsessed with right now: Only If For A Night. 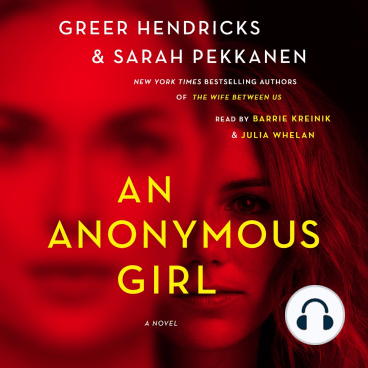 9. An Anonymous Girl audiobook
This is another ARC I didn’t finish in time for its release, but I found the audiobook on Scribd and have been slowly working through it. The narrators haven’t been anything to write home about yet (for me, at least), but they’re not hurting the story, either.

10. every halfway decent 2000s/early 2010s emo/pop-punk playlist I can get my grubby little fingers on
Seriously, I’m such a sucker for finding a good playlist and pressing shuffle. Windows down, belting out the lyrics to old MCR/TBS/Yellowcard etc. lyrics on a warm, sunny day? That’s the life.

What do you like listening to – in the car, on the bus, while walking, or however else you commute?

T10T: Most Anticipated Releases for the Second Half of 2018

T10T: Anthologies On My TBR