T10T: Books I Am Scared to Reread

This week’s prompt was actually Books I Loved But Will Never Reread, but I thought I’d take it up a notch by listing ten books that I am actually afraid to reread, whether due to fear of problematic content, or just a worry that the writing won’t have stood the test of time and it will taint my precious memories.

1. The Twilight Saga — Stephenie Meyer
This one is a funny addition to the list, because I actually am rereading this series this summer (I just placed an order for the first 2 in used hardbacks last week, in fact!). I adored this series as a kid, until it reached Breaking Dawn. I hated the ending so much, I gave my books to my aunt and never looked back, but now I’m nervous/eager to reread them. #noshame
Last read: 2008

2. Dreamland — Sarah Dessen
This was one of my favorite Sarah Dessen books as a teen, because it was the first YA book I ever read that depicted an abusive romantic relationship, and I thought it captured it really well at the time. Now, roughly a decade (and multiple abusive relationships, unfortunately) later, I’m curious as to whether or not I’d still find this well-done.
Last read: 2007-ish?

3. Prodigal Son — Dean Koontz
The first book in the Frankenstein series is one I’ve been meaning to reread for a long time, but after how much my tastes have changed and how weary I grew of Koontz’s writing over the years, would I still love this one as much now as I did then?
Last read: 2010

4. Cold, Thin Air — C. K. Walker
Fun fact! This was, I think(?), the very first book I ever reviewed, as well as the first book I ever featured on my bookstagram. (Those awful pictures are long gone, so don’t bother checking, haha!) I 5-starred this one so fast, but I wonder if it would hold up as well now. (To be fair, she’s the Queen of NoSleep for a reason, so it probably would.)
Last read: 2016

5. The Nature of Jade — Deb Caletti
I think this was the first anxiety rep I ever read, and it meant a lot to me back then, but I wonder how it would hold up now that I’ve read so many other great books with anxiety rep, too?
Last read: 2009

6. North American Lake Monsters — Nathan Ballingrud
Probably the first horror anthology I ever truly, 100% loved? I remember reading this while I was in my first trimester of my pregnancy, and combined with the hormones, it had me a little bit rattled, but I’m a little harder to impress with horror stories than I was 3 years ago. Rereading it is actually on my “must read” list for the year!
Last read: 2015

7. The Association — Bentley Little
This was my first Bentley Little book, and it creeped me the hell out. Like, it’s hard for books to creep me out, but this one definitely did, so I kind of want to reread it to see if it still does?
Last read: 2012

8. The Truth About Forever — Sarah Dessen
This was my first Dessen book ever, and I loved it so much that I reread it several times in my teens, but I have no idea how it would hold up now! That said, I did reread my second book ever of hers, Just Listen, last year and still loved it.
Last read: 2009-ish?

9. Phantoms — Dean Koontz
This was my favorite Koontz book at the time that I read it, but as I said earlier, I’ve grown weary of his writing, so I have no idea if this would still be even remotely enjoyable for me to reread!
Last read: 2011

10. The Perks of Being a Wallflower — Stephen Chbosky
This was probably my singular favorite standalone of my teens, but I haven’t picked it up in 10 years now because I’m so worried that it would fall short for me and basically ruin my entire teenage bookish memory?
Last read: 2008

Are there any books that you are afraid to reread? If so, why? 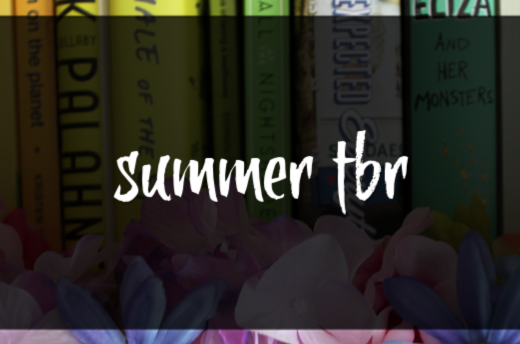