This is a weekly tag hosted by The Broke and the Bookish, and this week’s challenge is technically to pick ten books with unique titles… but I decided to go for unique covers, instead! And by “unique”, I actually mean noteworthy, unique, bizarre, or downright ugly. Click the covers for each book’s goodreads link! 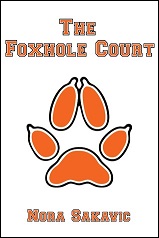 1. Where would this list be without the atrocity that is The Foxhole Court‘s “four corndogs being dipped in sauce” cover? 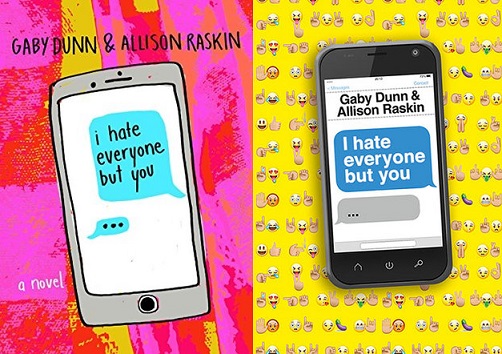 2. Continuing with the Hideous Covers That Never Should Have Been Green-lit segment of this week’s post, we have I Hate Everyone But You, which has not just one, but two terrible covers! Left is US, right is UK. They hurt my eyes.

3. Handbook for Mortals has been the center of a lot of controversy, as I’m sure most of you already know, but one of the focuses of that controversy has been what a blatant rip-off this cover is! I actually like the artwork for this cover – or I did, until I learned that it was complete and total art theft. Here’s the original artwork, if you’re interested: 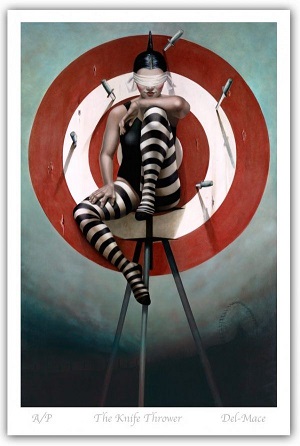 No similarity at all, right? 😉

4. What I Lost was genuinely a great read about eating disorders and mental health, and I found it to be free of so many of the tropes that I usually see in ED-centered books. One thing about this book that bugged me so much, though, was this cover. I know authors don’t pick the covers, so I would never mark down my rating based on it, but anyone with any experience having an ED or working with ED survivors/fighters knows that focusing on popularly-deemed “bad foods” is not a good idea, so who the hell thought, “Hey, let’s put a big ass candy bar on the front?” Nah.

5. Look at this cover for Contagion! I’m obsessed. Is it space stuff? Is it sea stuff? Is it a virus? Nobody knows! (Actually, based on the synopsis, I think it’s probably a virus, but I could be wrong.)

6. So help me god, I swear this cover glows in the dark, and it has scared me shitless more than once when I accidentally left it sitting out at night. It startles me every time because I’m never expecting a book cover to GLOW! 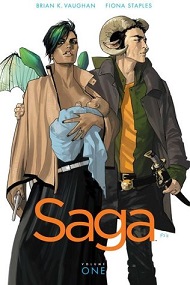 7. The entire reason I started the Saga series was because of the cover on the first volume. We’ve got horns, wings, and a breastfeeding baby – the last of which is what cemented my need to read this, because in what other graphic novel – or book at all – have you ever seen breastfeeding being normalized?

8. Unfortunately, The Undertaking of Lily Chen was one of the single biggest letdowns I’ve ever experienced in a book (and DEFINITELY the biggest letdown in any single graphic novel), but that doesn’t change the fact that the cover is absolutely GORGEOUS, and so unique. 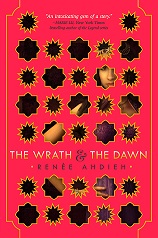 9. The Wrath and the Dawn is definitely a unique cover, with the image of the girl peeking out from behind this screen of sorts. I actually wasn’t a huge fan of this look at first, but the longer it sits on my shelf, the cooler I think it looks!

10. I love Alice retellings – specifically the creepy ones – and this cover totally fits one of my many preferred aesthetics for Alice in Wonderland art. The blood splatter over the rabbit’s eye is so subtly eerie and really pops!

T10T: Newest Books on My TBR