Top 5 Wednesday: Series That Got Better

* Top 5 Wednesday is a weekly meme/challenge for book bloggers, hosted by Lainey and Sam. The goal is for bloggers to choose their top 5 picks for the week’s given challenge, and you can find out more over on Goodreads! *

This week’s challenge is to pick 5 series that started off not so strong – maybe downright awful, maybe just not as good as they could’ve been – and successfully improved during the later installments!

1. The Lunar Chronicles by Marissa Meyer

2. The Illuminae Files by Jay Kristoff and Amie Kaufman 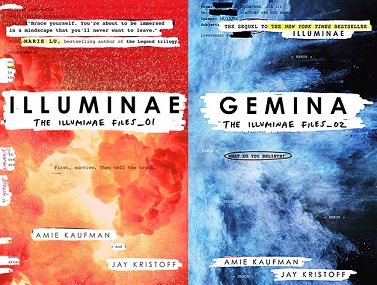 Don’t get me wrong, Illuminae was amazing… but Gemina blew it out of the freaking water. It took everything good in the first book and just tripled it, and added in the adorableness that is Nik Malikov, and it was pure flawlessness.

3. The Conqueror’s Saga by Kiersten White 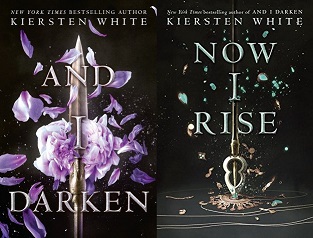 I thought And I Darken was pretty good, but boring at points, and it relied a little too heavily on politics and super in-depth world-building, to the point that little action happened. Now I Rise, though? Amazing. I wouldn’t have changed a single thing about that book.

I love the entire series, don’t get me wrong, but if you read them back to back, there’s a very clear differentiation between Jo’s early writing and the last few books. Her writing just became so much smoother and the characters and settings were much more fleshed out. Of course, that could also be partially due to the series shifting from MG to YA.

5. The Twilight Series by Stephenie Meyer

Wait, wait, don’t leave! Hear me out for a second here. I picked up Twilight when it was brand new – like, within a week of its release date. (*hipster swag*) I loved it! I’m not ashamed to admit that. (I also don’t judge anyone who still loves it, but that’s neither here nor there.) But when New Moon came out, I was stunned. I thought it was so much better than the first book! I loved Eclipse, too. Unfortunately, by the time I got halfway through Breaking Dawn, I was regretting my pre-order, and the series hasn’t been the same for me ever since. That said… I reread New Moon a few years later and still thought it was vastly superior to the first book.

What’s your favorite series that got better as it continued? Feel free to drop links to your T5W posts, too!

“Where Do My Books Come From?”