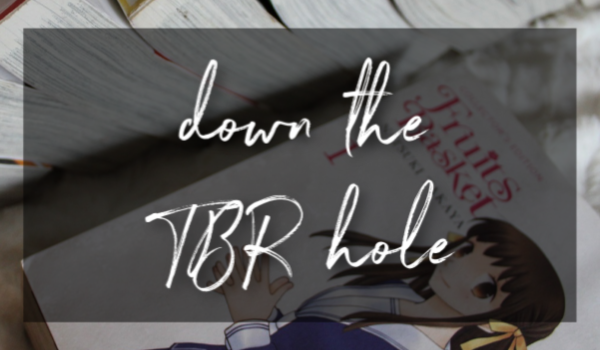 I’m trying a new format for these posts. What do you guys prefer – the old style (click here) or the new one?

Orange is the New Black by Piper Kerman – added 12.24.14
This is the nonfiction story that inspired the popular Netflix show of the same name, and I’m pretty interested in learning how much the show differs from Piper’s actual life.
DECISION: KEEP

Shade by Jeri Smith-Ready – added 12.31.14
I’ve owned this book since shortly after its release, and DNFed it back in the day because it was trope-y and depressing as hell (I think it’s essentially a love triangle story about a girl choosing between the ghost of her dead boyfriend, and some new, living guy). I’ve considered picking it up again, but I can’t quite bring myself to.
DECISION: REMOVE

The Curse of the New Kid by M.D. Spenser – added 12.31.14
I loved the Shivers series as a kid, and some of them have held up surprisingly well in adulthood, so I’ll probably read this eventually – it’s about a kid whose bullies keep mysteriously dropping like flies.
DECISION: KEEP

Babyface & the Killer Mob by M.D. Spenser – added 12.31.14
On the other hand, this is one of a small number of Shivers titles that never caught my interest. The synopsis is about a bully who suddenly wakes up in an adult’s body, and it sounds too much like a Goosebumps book I remember disliking as a kid.
DECISION: REMOVE

The Bad Place by Dean Koontz – added 12.31.14
A guy keeps waking up to bizarre incidents, like finding himself covered in blood, so he enlists the help of a boy with Down’s Syndrome to help him. First of all, I feel like this is probably going to be ableist as hell, and second, it’s one of Koontz’s 80s titles, and those rarely work for me.
DECISION: REMOVE

Under the Fang (anthology) – added 12.31.14
You guys know what a sucker I am for horror anthologies, and this one has some big names in its list, plus a pretty decent average rating on Goodreads.
DECISION: KEEP

The Silence of the Lambs by Thomas Harris – added 12.31.14
I really thoroughly enjoyed Red Dragon and have been meaning to continue this series for years.
DECISION: KEEP

From the Corner of His Eye by Dean Koontz – added 12.31.14
I can’t tell if I’ve just kind of grown out of my Dean Koontz “phase”, or if I just have a lot of his books on my TBR that have boring descriptions, because this one about a man with unusual eyes (yeah, that’s pretty much all I got from the synopsis) doesn’t strike me at all.
DECISION: REMOVE

Hideaway by Dean Koontz – added 12.31.14
I swear, someday, we’ll be able to go a full Down the TBR Hole post without mentioning this author. In the meantime, this story about a man who dies and is resurrected with a newfound murderous rage doesn’t catch my eye.
DECISION: REMOVE

The Good Guy by Dean Koontz – added 12.31.14
A random man is asked to kill an evil woman for a large sum of cash, and has to decide where he places his value in good versus bad. I really want to still be intrigued by these plots, especially since I happen to own all of the Koontz books I’ve named in this post…
DECISION: REMOVE

The Eyes of Darkness by Dean Koontz – added 12.31.14
First, this is about a child’s death, and as someone who’s still in the “new mom” stage… nope. Second, this is another one of Dean’s earliest releases. I think I’m just removing them by default now.
DECISION: REMOVE

Neighbors by Maureen Pusti – added 12.31.14
Man, oh man. Where would we be without 90s horror covers? This one’s about a creepy elderly neighbor woman, which is fine, but the average rating is 3.14 with only 14 ratings, so… nah.
DECISION: REMOVE

Salem’s Lot by Stephen King – added 12.31.14
If you’re not familiar with the idea of Salem’s Lot, as it is mentioned in a few King stories, it’s about a creepy New England town with some very dark and evil history. Despite the fact that this is a ’75 publication and I don’t foresee myself loving it, I’m gonna give it a chance.
DECISION: KEEP

Down the TBR Hole #3