I was tagged by the lovely Avery for this one, and if you haven’t checked out Avery’s blog, you totally should! It’s amazing and he is such a sweetheart. <3

That’s a tough one to answer, because it depends on how much I love the series. It also depends on where I come in at – if I get into the series early on, and I’m just picking up one more book a year or so, it’s easier than starting a series that already has 7+ books in it. That said, I think there’s a vampire romance series that has 25+ books right now, and that feels like way too much for any one series.

2. HOW DO YOU FEEL ABOUT CLIFFHANGERS?

They’re kind of a catch-22. On one hand, they’re a great way to keep me interested, but on the other hand, they can be so frustrating!

Typically, I prefer hardcovers. Though they’re heavier and tougher on my wrists, they withstand damage so much better!

How could I pick just one? I’m side-eyeing the hell out of this tag’s creator, whoever you are…

6. LOVE TRIANGLES: YES OR NO

I don’t mind them all that much if they’re done well. They’re definitely not an automatic deal-breaker for me.

7. THE MOST RECENT BOOK YOU JUST COULDN’T FINISH

Furyborn. 🙁 The prologue was one of the most beautiful pieces of writing I’ve ever read… and then chapter 1 started, and everything was steadily downhill from there.

The Shadow of What Was Lost by James Islington, which I have been reading literally all year long but I swear I’ll finish it eventually.

9. LAST BOOK YOU RECOMMENDED TO SOMEONE

Blood Water Paint. I feel like I’ve been recommending it to everyone who will listen to me lately.

I think this would probably go to something by Edgar Allan Poe or someone… unless the bible counts.

If we’re only counting books that have already released in stores, I read several ARCs for this past Tuesday’s releases, my favorite being To Kill a Kingdom.

I hate to pick just one, but if I had to narrow it down, probably Maggie Stiefvater.

Buying! I don’t like the pressure that comes with borrowing.

14. A BOOK YOU DISLIKE THAT EVERYBODY ELSE SEEMS TO LIKE

There are a few, but probably one of the most controversial ones is Bad Feminist by Roxane Gay. I thought it was disjointed and kind of terrible.

Bookmarks! I don’t really care what others do with their own books, but I don’t like dog-earring mine. Especially in old books, it can make the paper really brittle and fragile!

Definitely The Only Alien on the Planet by Kristen D. Randle. I must’ve read it 20 times over the years and it’s never gotten old, ever.

17. CAN YOU READ WHILST LISTENING TO MUSIC

It depends on the music! If it’s just instrumental stuff, that answer is basically always “yes”, but if it has vocals, rarely.

18. ONE POV OR MULTIPLE POVS

Either – as long as it’s done well, I can see the value in both styles.

19. DO YOU READ A BOOK IN ONE SITTING OR OVER MULTIPLE DAYS?

If it’s a YA contemporary, I frequently read those in one sitting, but otherwise, I rarely finish a book in one day. I used to constantly, but it’s hard to find the time lately.

20. A BOOK YOU’VE READ BECAUSE OF THE COVER

Everything, Everything by Nicola Yoon. I feel like her books have such lovely, fun covers.

If you’re reading this, consider yourself tagged! <3 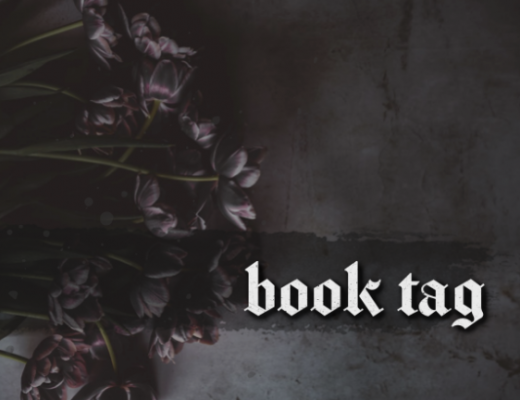