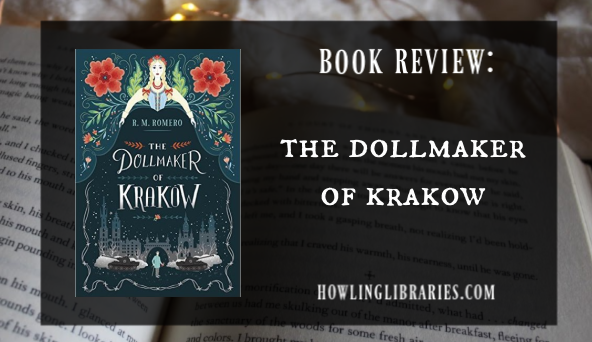 TITLE: The Dollmaker of Krakow
AUTHOR: Romero, R. M.
RELEASED: September 17th, 2017; Delacorte Press
GENRE: Fantasy/Historical Fiction
AGE RANGE: MG
SYNOPSIS: In the land of dolls, there is magic.
In the land of humans, there is war.
Everywhere there is pain.
But together there is hope.
Karolina is a living doll whose king and queen have been overthrown. But when a strange wind spirits her away from the Land of the Dolls, she finds herself in Krakow, Poland, in the company of the Dollmaker, a man with an unusual power and a marked past.
The Dollmaker has learned to keep to himself, but Karolina’s courageous and compassionate manner lead him to smile and to even befriend a violin-playing father and his daughter–that is, once the Dollmaker gets over the shock of realizing a doll is speaking to him.
But their newfound happiness is dashed when Nazi soldiers descend upon Poland. Karolina and the Dollmaker quickly realize that their Jewish friends are in grave danger, and they are determined to help save them, no matter what the risks.

When I went into this story, I knew it would be sad, given the contents, but I never thought that it would be so beautiful, or so haunting. I never could have expected it to nestle itself so deeply in my heart. This story devastated me in the best way, and I will cherish it forever.

“Magic is an odd thing,” he said. “It never takes the form you expect.”

All Karolina wants is to save the land of dolls from the evil rat invaders, but when she comes to life in our world, she’s surprised to learn that there is a terrible war brewing in Poland, too. Despite her concerns about her home, which we learn in snippets through flashbacks and memories, Karolina’s efforts quickly become wholeheartedly committed to doing whatever is in her small powers to help the Jewish individuals in Poland. I adored her character so much – she is sassy, clever, and above all, kind. She loves the Dollmaker with her whole heart, and will go to any lengths to comfort him, and their Jewish friends, during the terrible times ahead.

“Even if I’m so old that my bones are as brittle as chalk, I’ll find you. Even if there is an ocean between us, I will find you.”

The part of this story that most took me by surprise was how heartfelt and genuine the love between Karolina and the Dollmaker is. Karolina is precisely the friend that the Dollmaker needed, and she never grows weary of his depression, anxiety, or self-deprecating thoughts. No matter how dark his thoughts become, Karolina is always there to support and encourage him. She is tremendously concerned for his well-being, especially concerning his lost leg and the ways his disability ails him both physically and mentally, and I felt like her behavior was a beautiful example of how we can love someone without requiring them to be happy or whole all of the time.

“No one is ever really lost as long as their story still exists.”

Of course, Karolina and the Dollmaker don’t only love each other; they also love their Jewish friends, Jozef and Rena, who they go to great lengths in attempts to protect and comfort. Watching Karolina as an outsider, slowly coming to realize that the Jewish people were not simply moving away, but being taken to face terrifying fates, was such a brutal and unique perspective on a holocaust story.

Krakow had become a prison for all Jews, and Karolina’s heart went out to them.

Of course, despite how beautiful the imagery of Romero’s writing is, or how sweet Karolina and the Dollmaker’s friendship can be, this is ultimately a tale about the utter havoc that is wreaked by blind hatred. I was broken in the best way by the ending, and honestly, there were moments that had me crying so hard, I had to take a breather because I couldn’t see the words on the pages. Despite being a middle grade novel, this is not an easy or light read in the slightest, but it is so incredibly important, and I cannot recommend it highly enough. To quote the heartfelt author’s note itself, 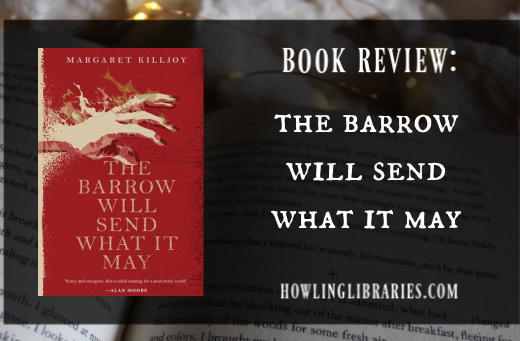