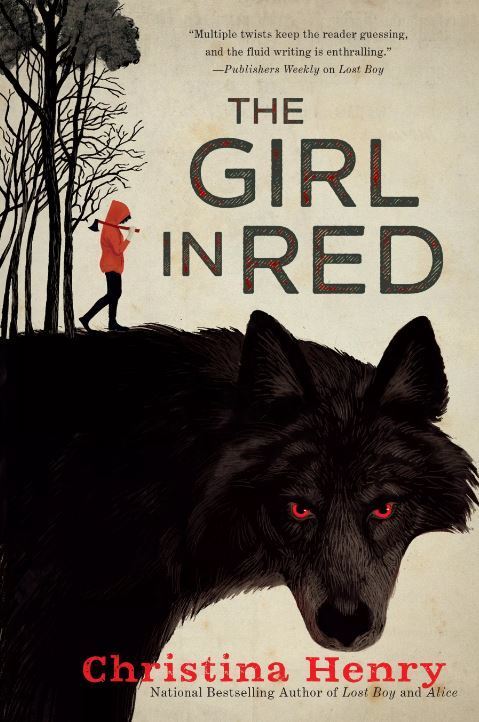 SYNOPSIS:
It’s not safe for anyone alone in the woods. There are predators that come out at night: critters and coyotes, snakes and wolves. But the woman in the red jacket has no choice. Not since the Crisis came, decimated the population, and sent those who survived fleeing into quarantine camps that serve as breeding grounds for death, destruction, and disease. She is just a woman trying not to get killed in a world that doesn’t look anything like the one she grew up in, the one that was perfectly sane and normal and boring until three months ago.

There are worse threats in the woods than the things that stalk their prey at night. Sometimes, there are men. Men with dark desires, weak wills, and evil intents. Men in uniform with classified information, deadly secrets, and unforgiving orders. And sometimes, just sometimes, there’s something worse than all of the horrible people and vicious beasts combined.

Red didn’t like to think of herself as a killer, but she wasn’t about to let herself get eaten up just because she was a woman alone in the woods.

Every now and then, you find a book that is so special, so incredible, has such a massive impact on your life that when you turn that last page, you think to yourself, This is what stories are supposed to do to us. This is how it’s supposed to feel.Friends, I am so pleased to tell you that The Girl in Red was absolutely one of those books for me.

“Do you think I don’t know what kind of men this world has wrought? Every woman knows. And those men existed before everything fell apart.”

Let’s start by talking about my undying love for our main character, Red: she is so complex and real and flawed in the best possible ways. She’s snarky and angry and a bit of a know-it-all, but frankly, she’s generally right and nobody really listens to her, so I think she’s totally earned that arrogance. She’s a walking, talking amalgamation of so many reasons people have to discredit a person—she’s a woman, queer (bi or pan, I’m not sure), biracial (black/white), and disabled (she has a prosthetic leg from the knee down on one side). She’s a science-loving, conspiracy-theory-holding, horror-film-aficionado, too (and, frankly, I know many people who fit so many of the same descriptions as Red, so if your argument is that she’s “too marginalized” to feel like a real human being, I’ll ask you to go ahead and leave me out of that conversation, please and thank you).

It was always men like this, men who thought that they could take what they wanted and leave the broken scraps of people behind.

Now, beyond my undying adoration for Red and her brilliant, nurturing self and desperate commitment to survival and freedom, let’s talk about this plot. It’s a near-future apocalypse story, and it pains me a little to say how believable it felt. As someone who is typically also very distrusting of many of the groups of people responsible for the terrors in this story, yeah, I could absolutely see something like this happening and it petrifies me a little to think about. Especially when one considers the underlying theme woven into The Girl in Red’s storyline, which is that in any given apocalyptic scenario, the biggest horror will almost always be our fellow humans.

It was never the Event—illness, asteroid, nuclear war, whatever—that was the problem. It was what people did after. And people always reduced to their least human denominators when things went bad.

The stakes are so high in The Girl in Red and the threats never stop coming; if it’s not the epidemic that started the whole thing, it’s the twisted, brutalized manner Red keeps finding corpses in, or the homemade militia teams prowling for food and women to take, or the leering, stained grins on the faces of so many of the men she encounters. The commentary on rape culture is powerful here and Christina Henry always excels at interlacing a suspenseful, enrapturing storyline with themes of feminism and rebelling against the idea that anyone deserves to take advantage of another human being, ever.

“We all die at the end. What we do before the end is what counts.”

Finally, underneath the immersive setting and story, the lovable-yet-flawed protagonist, the feminist undertones, the mortifying descriptions of the epidemic, and the stunning and powerful writing style that is so uniquely Chrstina’s… there’s also a story of family, whether they’re bound to us by blood or not. Red’s entire reason for fighting boils down not only to survival, but to protecting the people she cares about, too. The familial love is powerful and endlessly heart-wrenching as it reminds us of the lengths we’ll go to and the risks we’ll take to keep our loved ones safe.

Red was going to live, and instead of triumphant victory it suddenly felt like a horse she’d have to drag with her all the rest of her days. The only consolation in being a survivor was that you’d survived.

There’s so much more I’d love to say about The Girl in Red,but let’s be honest: it’s a short story full of twists and turns, and there isn’t much else I can detail without going into spoiler territory. I think this book is probably a stand-alone title, but I desperately hope Christina Henry will at least consider a sequel, because there’s absolutely room for one and I need more time with this story. I know this is the sort of book I’m going to be raving about and re-reading for a long time to come, and I hope you will, too.

Thank you to Berkley for providing me with this review copy in exchange for my honest opinion! 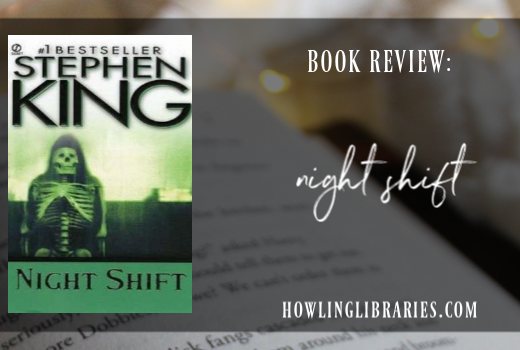