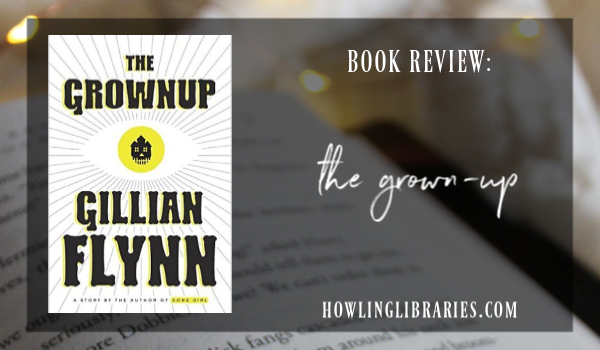 A canny young woman is struggling to survive by perpetrating various levels of mostly harmless fraud. On a rainy April morning, she is reading auras at Spiritual Palms when Susan Burke walks in. A keen observer of human behavior, our unnamed narrator immediately diagnoses beautiful, rich Susan as an unhappy woman eager to give her lovely life a drama injection. However, when the “psychic” visits the eerie Victorian home that has been the source of Susan’s terror and grief, she realizes she may not have to pretend to believe in ghosts anymore. Miles, Susan’s teenage stepson, doesn’t help matters with his disturbing manner and grisly imagination. The three are soon locked in a chilling battle to discover where the evil truly lurks and what, if anything, can be done to escape it.

“The Grownup,” originally appeared as “What Do You Do?” in George R. R. Martin’s Rogues anthology.

“You should see what Miles did to the babysitter he didn’t like. It’s one of the reasons we don’t have money. Medical bills.”

I got this book as a free little addition to my first Book of the Month club box at the beginning of the year, and totally forgot it existed until a couple of weeks ago, so I thought I’d throw it on to my October TBR for a fun little spooky read.

Our nameless narrator isn’t a particularly honest woman when it comes to career choices, and finds herself shamming as a psychic when she gets roped into helping a woman whose stepson seems to have become possessed by the evil lurking in their new home.

The short story is rough, crude, eerie, bizarre, and super fun. I haven’t been a huge fan of Gillian’s thrillers in the past, but would pay good money for an anthology of short little horror reads like this from her.