The Hearts We Sold – Emily Lloyd-Jones 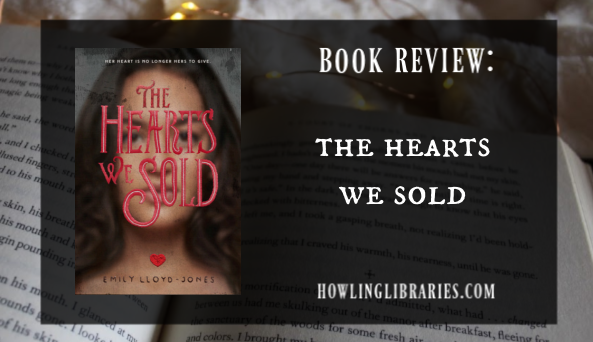 “Nothing comes for free. We just don’t know what it’ll cost.”

I can’t believe it’s taken me three months to write this review, but every time I sat down to attempt it, I just couldn’t get the right words on paper. This book meant so much to me. I honestly went into it not expecting very much, but something about it just resonated so strongly with me that, even now, months later, I read the quotes I highlighted and I get instant chills. I think Emily Lloyd-Jones is an incredible artist, and I’m unspeakably eager to read her future works.

A person could trade away a piece of themselves for a wish come true.

Hearts is set in an alternate reality, in which demons walk among humans, offering wishes for a price. Dee never thought she’d be taking a demon up on his offer, though, until her scholarship ran dry and she was suddenly faced with the prospect and leaving her entire life, her future, for days spent cowering in fear of her father.

She was a girl held together by knitted yarn and magic.

→ Dee ←
Dee is such an enjoyable protagonist; she’s tough, bright, caring, and brave. When you read as much YA as I do, the characters sometimes begin to run together, but Dee stands out in my mind as a really special one. She’s also funny and I related so much to her spiel about being a child of the internet, raised on stories and fiction that gradually grew darker as her world did, too.

The abuse that Dee undergoes is brutal to watch – partially because it feels so authentic and real, and partially because she is so likable that my heart broke every time she had to go home. The genuine feel behind the abuse portrayal is downright nausea-inducing, and I’d strongly caution readers to be in the best possible mental state before going into this story if abuse is a trigger in any way for you.

That made her feel safer; nothing truly bad could happen while there was a herd of toddlers trundling about like slightly drunken wildebeests.

→ James ←
From the moment James was introduced, and I got to witness his bizarre nature and his witty banter, I loved him. He’s the “weird artist” stereotype in all the best ways, but he’s so genuinely kind-hearted and precious. He’s been through his own hell, like most who make these deals, but it never tarnishes his edges. Plus, he’s a super Harry Pottergeek, and that’s worthy of a few brownie points on its own.

There are a few twists regarding James throughout the story, and while I won’t spoil any of them for you, I will tell you that he broke my heart more than once, and I welcomed every tear-filled moment of it.

Side note: It wasn’t enough to warrant its own section in the review, but James’ and Cal’s banter is everything I want in a friendship portrayal. It’s precious and it made me laugh out loud so many times.

She had walked willingly into a fairy tale, into a world where she could trade her heart for her freedom. She may as well have donned a red cloak and strode into a darkened forest.

She had always known there would be wolves.

→ writing ←
While the story is fantastical, and the characters are lovable beyond description, I think what sold me the fastest on The Hearts We Sold was Emily’s writing. It’s so stunning, truly; the above quote is just one example of many in which her phrasing is flawless. There’s a lyrical quality to the story without being over the top, and the metaphors she uses seemed to fit the situation without fail.

Actions fueled by desperation. They were the worst kinds of decisions, because desperate people could see the error of their ways and simply not care. They would rush headlong into a bad situation because they could see no other options.

There is only one thing in this book that I disliked. Without spoiling it, a character makes a very poor decision that directly causes a terrible thing to happen to another character. Her decision is fueled by desperation, and is irrevocable and horrific, but it’s never really addressed thoroughly enough. It felt a little bit like it was written for shock value more than anything, which isn’t something I generally ever appreciate in stories.

This was how normal people survived their own fairy tales. They became their own kind of monster.

→ final thoughts, rep, & warnings ←
All in all, I cannot recommend this book highly enough, especially if you enjoy paranormal fantasies, gorgeous prose, and lovable characters. There is some incredible rep portrayed, including a lesbian character and a trans character, both of them being precious and hilarious. I would only like to advise caution as there are some content warnings for abuse, alcoholism, body shaming, depression, and transphobia (all of which are challenged in the text). 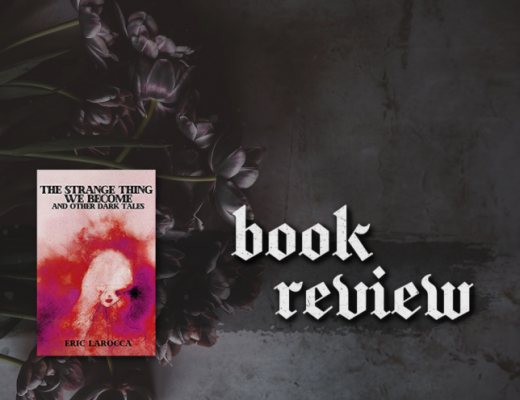 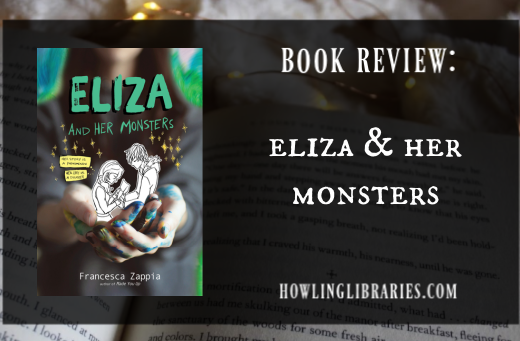