The "I Dare You" Tag 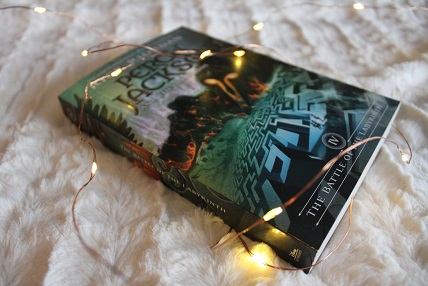 It’s time for another round of Tag Thursday! Cassie tagged me in this one a few weeks back and it seemed like so much fun. If you’re not following her, you gotta fix that ASAP because she is AMAZING! ♥♥

1. what book has been on your shelf the longest?

I think my copy of Harry Potter and the Prisoner of Azkaban? I would say the first or second book, but I had to replace both of those a few times each because friends kept not returning them when I used to loan books out a lot. ?

2. what is your current read, your last read, and the book you’ll read next?

I have a lot of current reads but the one I’m mostly focusing on is Godsgrave, the last book I finished was Born Under a Good Sign, and the next book I want to start will probably be The Gossamer Mage.

Oh, there have been so many. *sigh* I guess the most controversial one is probably The Night Circus.

4. what book do you keep telling yourself you’ll read, but you probably won’t?

5. what book are you saving for retirement?

I’m not a MONSTER! Damn… No, I’m kidding, I know loads of people have a happier reading experience after being spoiled and I can honestly get that because I’ve done it once or twice. I wait ’til the end 99.999999999% of the time, though.

7. acknowledgement: waste of paper and ink, or interesting aside?

Definitely not a waste! I almost always read them — I think they’re neat — but I’m with Cassie: even if you don’t read them, calling them a waste seems rude.

8. which book character would you switch places with?

9. do you have a book that reminds you of something specific in your life? (place, time, person?)

This one’s a little odd but it’s the first one that came to mind: Caraval. I had pre-ordered it and was so excited to read it that I remember starting it the MOMENT my copy arrived. My son was playing in his playroom at the time, and I remember curling up on the floor reading it while he played with toys and my spouse played a 3DS game beside me.

10. name a book that you acquired in an interesting way.

I know I’ve told this story on my blog before, but for anyone who hasn’t heard how I got my copy of The Scorpio Races: I checked it out from my old public library years ago — right when it released — and they forgot to scan it, or it mis-scanned, or something. Well, I always used my check-out receipts to keep up with due dates, and the book had gotten misplaced on my shelf, so I literally FORGOT I HAD IT and just turned in the other things (because nobody NOTICED that it wasn’t scanned right, obvs).
It wasn’t until a few months later that I realized I still had it. I felt awful so I took it to the branch, but the librarian laughed it off because she remembered when they had been looking for it. They’d already bought another copy at that point, so she told me not to feel bad, that it was an honest mistake on both sides, and to keep the copy. So I still have it!

11. have you ever given a book away for a special reason to a special person?

Yup. I’ve given people copies of books I love because I think they’ll love them, for example.

12. which book has been with you most places?

I honestly don’t know for sure, but maybe Just Listen by Sarah Dessen. I don’t carry physical books with me much anymore since I have a Kindle Oasis.

13. any “required reading” you hated in high school that wasn’t so bad two years later?

What an… oddly specific question. Why two years? ? Anyways, no.

I have a lot of both. I usually buy new when I can because I take very good care of my books and like them to stay looking pretty well, but I do buy used sometimes.

15. have you ever read a dan brown book?

No, but not because I think they’re bad, I just haven’t ever been interested.

16. have you ever seen a movie you liked more than the book?

Probably the remake of the first part of IT.

17. have you ever read a book that’s made you hungry, cookbooks included?

Definitely cookbooks. We collect geeky cookbooks and some of them are so mouthwatering. ?

18. who is the person whose book advice you’ll always take?

Well, there’s no one person whose taste is IDENTICAL to mine (though Sionna’s tends to be extreeeemely close!). I think… my own advice? I’m usually pretty good at guessing if I’ll like something or not.

19. is there a book out of your comfort zone (e.g., outside your usual reading genre) that you ended up loving?

I try not to have much of a comfort zone when it comes to reading, but I did branch into adult romance books a couple of years ago (after it finally occurred to me: “Destiny! you love adult romance fanfics, why wouldn’t you like adult romance novels?!” ?‍♀️), and now I love the genre.

I feel lazy today, so I’ll just tag EVERYONE.

The "Books Under the Tree" Tag!