‘The Liminal Zone’: a new favorite from Junji Ito 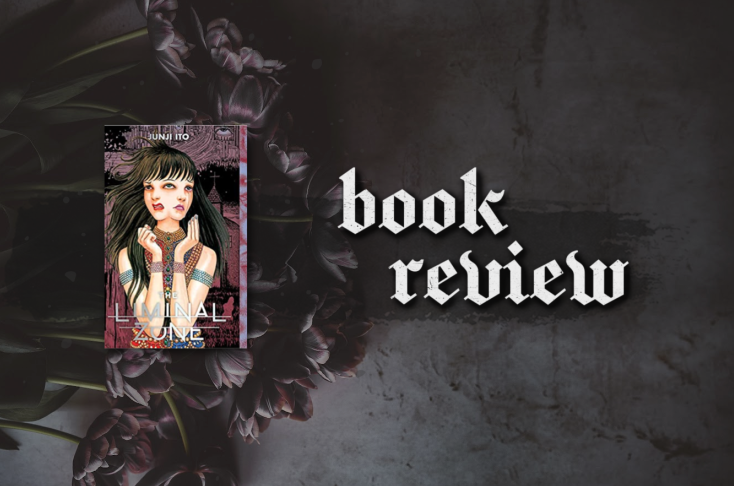 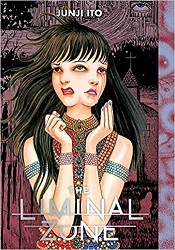 What destiny awaits them after the screaming?

After abruptly departing from a train in a small town, a couple encounters a “weeping woman”—a professional mourner—sobbing inconsolably at a funeral. Mako changes afterward—she can’t stop crying! In another tale, having decided to die together, a couple enters Aokigahara, the infamous suicide forest. What is the shocking otherworldly torrent that they discover there?

One of horror’s greatest talents, Junji Ito beckons readers to join him in an experience of ultimate terror with four transcendently terrifying tales.

This was absolutely incredible and probably my favorite Junji Ito book thus far. The Liminal Zone is a collection of a few different stories, as many of Junji’s works are, and these stories share in the bizarre, messed up, outlandish nature that his stories typically do, but something about these really shone for me.

‘Weeping Woman Way’ features a couple who come across a town that seems to still utilize the old, mostly forgotten tradition of “weeping women” (professional mourners) at funerals, but after coming in contact with one of the weeping women, Mako finds herself inconsolably sad. The depictions of the weeping women were so chilling and fascinating, and I really loved the idea of this corpse that continues to weep long past her death.

‘Madonna’ is a religious horror story featuring some incredibly messed up zealots who believe they are on a personal mission to find the reincarnation of the virgin Mary, and I loved the way the ending played out and the twists in this one. Junji Ito has toyed with religious themes in some of his previous works, but this was definitely my favorite example of that theme in his writing so far.

‘The Spirit Flow of Aokigahara’ follows a couple’s trip to Aokigahara’s infamous “Suicide Forest” after one member of the couple has been diagnosed with a terminal illness. Once arriving in the forest, the two find an unexplainable source of spiritual activity that draws Norio in and begins to create bizarre changes in him. This felt like the most classically familiar style of story from the collection, as it deals with some really bizarre elements and artwork later in the story that were highly unnerving!

‘Slumber’ is about a young man who has memories of murder every morning when he wakes, but otherwise has no recollection of planning the murders, nor does he have a motive. This was my least favorite in the collection, but I still thoroughly enjoyed it — I only wish there had been a little more explanation regarding the twist, but I’ve long since learned that sometimes, with Junji’s work, you just have to go with the flow!

I highly recommend The Liminal Zone to any horror manga lovers, whether you’re brand new to Junji Ito books or have read all of his previous works. Again, I’d say this was my favorite of his books yet, and it made me extremely excited to see what he writes next!

Thank you to the publisher for the review copy! All thoughts are honest and my own.

Little Eve by Catriona Ward
Visit my shelf on Goodreads!

We’re already halfway through August, time is flying. But that’s okay, because that means Fall is upon us!

Hit me with your September horror book releases (or books you’re looking forward to) so I can gather them for September’s Horror Releases video!

left to die under the sun
the hive never spared anyone

the coziness of autumn

Are you a reviewer interested in receiving an ARC of Literally Dead: Tales of Halloween Hauntings to review? Message me!