The Mid-Year Freak Out Tag

It’s time for another round of Tag Thursday! I was tagged by Norees for this one – and possibly others, but I’m very behind on my tags and comments, so if I’m missing anyone, I’m sorry! <3

This one was surprisingly easy: Sorcery of Thorns. It was so magical and suspenseful and gorgeous, and I will be shocked if it isn’t my #1 best read of the year even when 2019 ends.

This one’s a stretch, because you technically could read the series in any order, but I’ll say That Kind of Guy by Talia Hibbert. ♥

3. new release I haven’t read yet, but want to:

Wicked Fox, The Priory of the Orange Tree, The Kingdom, Internment… I’ll stop here but the list could easily be a mile long.

4. most anticipated release of the second half of 2019:

Hmn… Capturing the Devil, probably? It’s a catch-22. I’m dying to read it, but I’m not ready to say goodbye to Audrey and Thomas.

I’ve sadly had a lot of really disappointing ones so far this year! ? It’s not a new release, but we’ll go with The Foxhole Court, which I hoped to love but ended up hating so much I DNFed it and never want to pick it up again.

I’m assuming this question means pleasant surprises, in which case, I’ll say Cry Wolf by Patricia Briggs. I usually don’t like spin-off/companion series to a series I’m already enjoying, so I was worried I’d dislike it and only want to stick to the main Mercy Thompson series, but I actually ended up liking the A&O books better than the MT books I’ve read so far.

Also, honorary mention to the Sookie Stackhouse series! I finally picked it back up after a decade of feeling like I didn’t really wanna continue it, only to find I couldn’t put books 2 and 3 down and I’m dying for my July group read of book 4 to start.

Casey McQuiston, for sure. Red, White, & Royal Blue knocked my damn socks off and I’m dying for more releases from her! 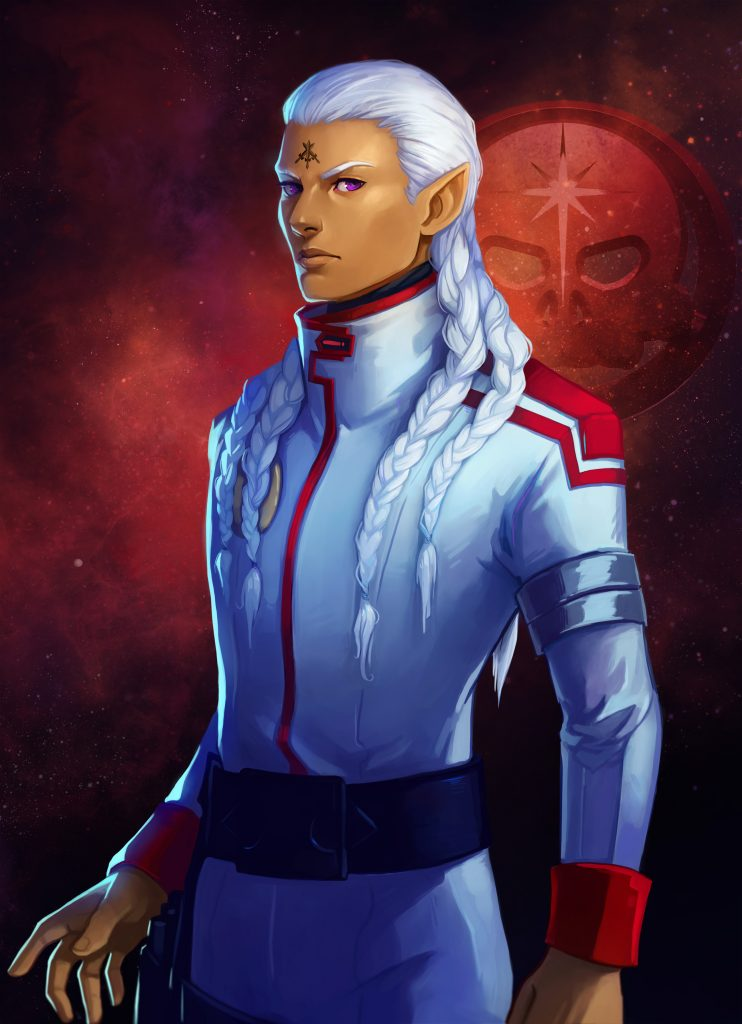 If we’re only counting books I read for the first time this year… probably still Kal. If we’re including rereads/characters I already “knew”, maybe Mia Corvere? (Picking two characters associated with Jay wasn’t intentional, but here we are, hello my name is Jay Kristoff Trash nice to meet you)

The most recent one was Something Like Gravity by Amber Smith. It was phenomenal and I’ll be posting a review soon, but there’s something that happens near the end that I saw coming a mile away and it still absolutely shattered me. ?

Let’s Get Textual by Teagan Hunter. It’s a freaking riot and I laughed so hard! I’ve really got to continue that series soon.

That one probably deserves to go to Sorcery of Thorns. I poured my heart and soul into that review and honestly cried the entire time I wrote it because the story meant SO much to me.

15. most beautiful book I’ve bought or received so far this year:

Eep… how do I even choose… can I go with Sorcery again? ??

Hahahaha WOW, if that list isn’t a mile long… but looking at my “2019 TBR” list (which I keep pinned beside my desk, not that it does me any good), a few titles standing out to me are: Strange the Dreamer, Shutter, City of Heavenly Fire, Scythe, Winter, Kingdom of Ash, and Shiver.

Since I’m so behind on comments/tags and also still catching up on blog hopping, I’m not sure who’s done this one lately, so I’ll just say I’m tagging anyone and everyone who wants to jump in on this! <3

The “Books I Will Probably Never Read” Tag