Hem wanted to branch out on his own, to leave his father’s tech company behind for good, but when he gets a call that another company is attempting a takeover of everything his father has worked towards, he comes home to help. Meanwhile, Mina must take on the role of his legal counsel in hopes of appeasing her greedy uncle and boss. All she wants is to get the job done and become a partner, no distractions—but what can she do to say no to the beautiful Sikh man wooing her now?

There are a handful of things I look for in romance novels: first and foremost being diversity and focus on consent, but beyond that, I’m such a sucker for a businesswoman as a heroine. There’s something about a strong, bold, sometimes angry woman who isn’t willing to hear the word “no” ­from anyone that just sucks me in so fast, so I was pretty pumped for The Takeover Effect.

Mina had seen her fair share of beautiful men, but the Singh brothers were in a whole different league.

Luckily, Mina fills that role pretty well. I’ll be honest, I didn’t always understand what she was going on about—there is a lot of business-y and legal jargon in here, if you’re someone like me who has no clue about most of that stuff—but I liked the way she put herself across and I really appreciated how headstrong she could be (except when it came to Hem, most of the time).

Hem, meanwhile, is such a softie I can’t even stand it (in a good way!). He’s this huge, hulking, scary, slightly angry dude, but then he gets all emotional and love-y and cute, and it’s fun to watch the transitions between his alone moments with Mina, and the rest of the time, when he’s yelling at people or fussing with his brothers.

It doesn’t hurt that the plot is super intriguing, too, and I was genuinely in suspense for a while over who the culprits were and how certain things would go down; however, if I had to pick one favorite thing about this novel, it’s easily the representation of Mina’s and Hem’s cultures. There is so much talk of food and tradition, cultural celebrations, and even some commentary on religion. They speak Punjabi to each other and get all gooey and mushy, and it’s just so sweet and lovely.

There were just a few minor issues I had, and these were why I couldn’t quite give The Takeover Effect a full 5 stars: first, the romantic dialogue often didn’t feel natural to me. I think it’s because I didn’t feel like we got to spend much time in the buildup of their relationship, so it felt weird sometimes.

Second, I think the sex scenes needed work. The first sexual encounter in the book is really awkwardly timed during a super serious/stressful discussion, and it kind of comes out of nowhere. There’s also some weird stuff regarding sex without condoms, and Hem not explicitly getting Mina’s permission to stop using them? It didn’t feel non-con necessarily, but I would’ve liked to have seen the author take just a paragraph or two to address the consent issues there beforehand.

Those two issues were pretty small and didn’t affect my enjoyment too much, but the biggest reason I knocked off a star is just that Hem is really pushy and that’s always a little bit of a turn-off for me with romance heroes.

All of that aside, I liked so much more than I disliked about this book, and I can’t justify taking it any lower than 4 stars because, frankly, this is 100% a book worth picking up, and I can’t wait to read the second installment in the series!

All quotes come from an advance copy and may not match the final release. Thank you so much to Avon Impulse for providing me with this ARC in exchange for an honest review!

The Amazon link listed above is an affiliate link, which means that you won’t pay anything extra, but a small percentage of what you pay will help me support the cost of running this blog! 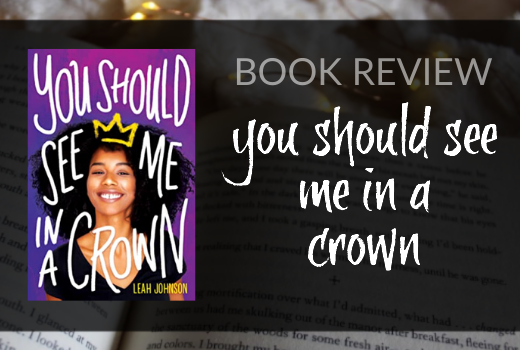 Late post today because I couldn't decide what to post until I remembered this beauty was on my shelves. I don't splurge on special edition books often, but every time Subterranean Press comes out with one of these… https://www.instagram.com/p/CCehOnnANVp/?igshid=gypnuuahj5ft