In The Test, we follow Idir Jalil, an Iranian immigrant who’s looking to pass the British citizenship test so he and his family can stay in the UK. Despite the pressure he’s under — because, as he quickly lets us know through his own memories and back story, there’s so much at stake for the Jalil family — Idir’s in a great mood. He’s studied hard, he’s confident without being arrogant, and those first few questions breeze by for him.

Suddenly, a massive wrench is thrown into the works and Idir finds himself being pulled into a warped terrorist scene, where he’s forced to make decisions so much harder than any question the test could have asked him. There’s so much going on in this little story, and I truly can’t say more, because it’s so short and quick-paced that any further details would be spoilers.

Instead, I’ll just say that this is one of the greatest novellas I have ever read. It was a tremendously well-fleshed story despite its brevity, Idir is one of the most likable protagonists I’ve ever read in my life, and the social commentary here on racism, xenophobia, sexism, and more? I was blown away. There are moments in this novella that shook me to my core, and the ending? Wow, what a brilliant way to close it up.

This was my first time reading Sylvain Neuvel’s work, but I can assure you that it won’t be my last. 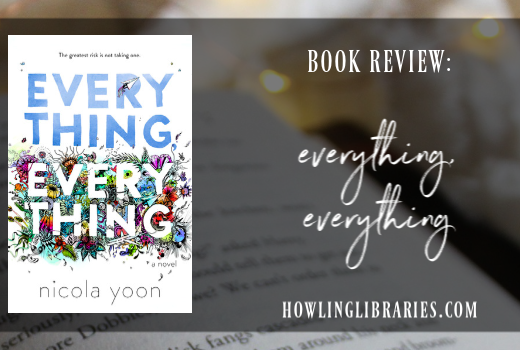 Everything, Everything — Nicola Yoon (Reread Review)