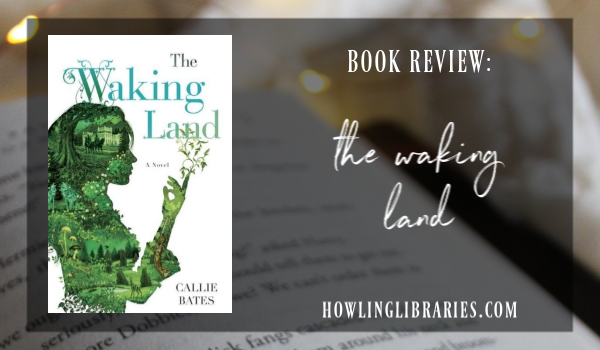 At five years old, Elanna Valtai is seized from her family at gunpoint and kidnapped by a powerful king who raises her as his own, in his palace, under one condition: her father is never to come and reclaim her. In her home land of Caeris, Elanna was loved and doted upon, warmly welcomed for her natural inclination to magic; in the royal city of Laon, however, despite the king’s growing affections for her, she is subjected to prejudices for her darker skin, her Caerisian blood, and her family name. Worst of all, she must hide her magic at all costs, for the witch hunters would surely execute her if they found out her blood could wake the stones and the earth, and bring forth spirits of ancestors past.

When the king is poisoned and his daughter takes her place as Queen, she accuses Elanna of regicide, and thus begins an adventure that leaves Elanna running for her life – right into the arms of the family she was stolen from. They’ve got big plans for her and her magic, but will she be able to leave behind the life the kingdom gave her?

Where do I even begin? I usually try to type up my RTCs in the order that I read the books, but I had to let The Waking Land cut to the front of the line because I just have so many feelings about this book. I hope you guys are buckled in. I’ll start with the positives, because this book was not a total loss.

What I liked:
First and foremost, Callie Bates has real potential as an author. Her style is enjoyable and easy to read, she paints beautiful pictures without being too flowery and descriptive, and the plot itself was intriguing to me. I always love a good story of magic and betrayal, and that’s the central theme to this entire book. There were a lot of really enjoyable side characters, such as Jahan, Rhia, Hugh, and Victoire.

I actually found the main plot line to be fairly refreshing, with the whole idea that El’s magic comes from the earth, and that she can see through the eyes of animals and trees and such. The entire Caveadear ordeal reminded me a lot of the spiritual beliefs of some indigenous peoples, with the emphasis on the idea that the earth is a living, feeling entity that deserves respect and kindness, and is capable of feeling grief, rage, sorrow, etc. Between that aspect, and the fact that the Caerisians have darker skin than the Ereni people, are called “savages” as an insult, and the back story that the Paladisan emperors essentially came in and forced them to forsake their religion, magic, homes, and destroyed their lands… well, I saw huge similarities to how settlers affected the native people here in North America, and I actually really enjoyed the political nudge that I felt Callie Bates gave the whole book.

What I didn’t like:
The absolute worst thing about this book is that, no matter how I felt about anything else, Elanna is absolutely horrible. She is one of the single most infuriating, self-obsessed, arrogant, self-contradicting, and obtuse narrators I have ever had the displeasure of reading about. She has a nasty temper and constantly starts screaming at people for nothing. It felt like at least once every few chapters, she would completely misunderstand someone, yell at them for a little bit, realize she misunderstood (or was just wrong), and then she just moves on. She never apologizes once for treating everyone around her like shit, and she continues to treat them terribly right to the very end of the book, yet intermingled with some of these incidents, she thinks to herself that these people are her family, her best friends, etc. Well, lady, you sure have one hell of an odd way to show your affection to people.

She spends the entire book contradicting herself at every possible turn. She says she refuses to let anyone see her cry, yet cries constantly. She says she never allows herself to indulge in her magic, but then immediately explains that she goes to this special, magical spot in Laon once every year to practice her magic. She implies in the beginning of the book that she never knew she was magical as a kid until this one specific incident, but later describes that she played with magic a lot as a small child. She acts stunned to find out she is the Caveadear (which is basically a fancy sorcerer of the land), but says that her family and Hugh basically acknowledged from her toddler years that they knew she would be the Caveadear.

The absolute worst part of her behavior is her attitude towards the Caerisians, and her family. She fully remembers being pulled from them at gunpoint, and the king telling her father that, if he ever came to take her back home, she would be killed immediately rather than being raised as the king’s daughter. Any form of common sense would lead one to think El should blame the king for ripping their family apart, but instead, she decides to worship the ground the king walks on, and spends her entire childhood/teen life hating her parents for not coming to get her. When she first sees Hugh, one of her childhood best friends and her father’s right-hand man, she is absolutely awful to him. She accuses him of lying every time he opens his mouth, and constantly asks him for explanations only to interrupt him with what she thinks actually happened (which is wrong, literally every single time). Characteristic of her own self-contradicting behavior, though, in the span of about a day, she goes from hating and disbelieving him to being willing to die to save him because he is so important to her.

Moving on from the focus on El as a character, there are some major issues with the story and writing itself, too. The insta love in this book is ridiculously strong. She literally spends a day or two with Jahan before becoming obsessed with him, and after five-minute conversations through magical mirrors, accusing him of betraying them, and then changing her mind, she’s suddenly considering marrying the guy – partially out of love, and partially out of trying to avoid telling Finn (**SPOILER** who she’s been betrothed to since childhood **END SPOILER**) that she isn’t interested. After another day or two together, she’s in love, and it’s all just so insta-lovey and gagworthy that I couldn’t even enjoy the fact that Jahan was actually a likable love interest.

One last issue I’ll touch on before I let this rant end is that the author, despite having potential, has one problem that I really hope she’ll focus on fixing before her next project: she frequently describes things only halfway before trailing off or changing topics, yet the narrator clearly expects us to fully understand what is being described with the half explanations. There are also several moments when a side character will start to ask a question or say something that seems important, but they then get cut off by an event or another character and they never go back and finish the thought process. This frustrated me to no end, because I kept thinking, “Was that something important? Am I supposed to know what they were going to say?” It makes the entire book feel very jumpy and dismembered.

All in all, this was not an absolutely terrible book – I powered through and finished it, which should tell you something about how much I did want to know how everything ended. That said, if El had been an even remotely enjoyable character, and the insta-love had been cut out of it, I probably could have given this a solid 3.5 or even 4 stars. As it stands, 2 stars for this one. I’ve been told this will be the first book in a series, and if that’s the case, I can safely say I won’t be picking up the next installment.

Thank you to NetGalley and the publishing company for giving me an ARC of this book to review. All thoughts expressed in this review are my own honest opinions. 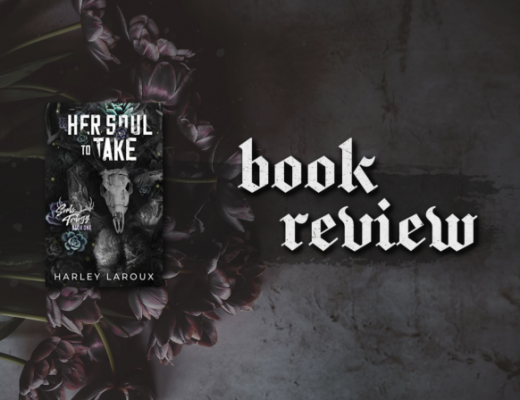 ‘Her Soul to Take’: book 1 in a new favorite romance/horror series 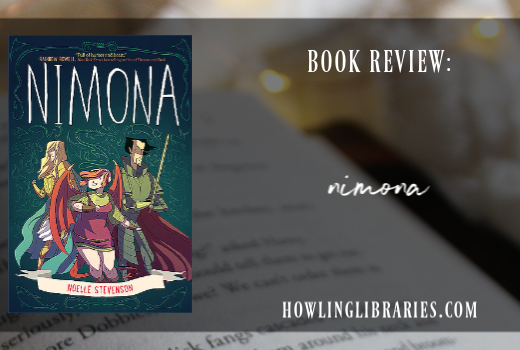