For whatever reason, moving this weekly post to Sundays sounded like a good idea — I guess because, in my brain, weeks go from Sunday through Saturday, not Wednesday through Tuesday, and… oh, it doesn’t matter.

I have NO reading goals this MONTH besides reading things that make me happy. ♥ 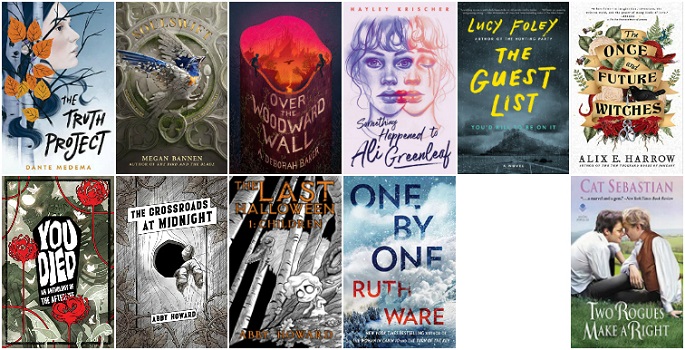 An up-and-down week, which is better than the terrible week before it, so I’m not complaining. Oh, and… I finished grad school?!?! I can’t believe it either, but Thursday night, I submitted my final assignments for my MLIS degree (Master of Library and Information Science). After being in school non-stop since Pre-K, ya girl is finally done. (No joke, besides summer breaks, I’ve had TWO semesters off in the last 22 years.)

I mean, I might go for another Master’s or PhD someday because I’ve always said my mid-life career dream is to be an eccentric, hippie professor at a liberal arts school, but that goal is literally decades away. ?