All Ryann wants is to travel through space, but that’s not happening for a girl living in a trailer park, taking care of her brother and his baby—so she spends her time befriending the “misfits” at her school and trying to stay out of trouble. When Alexandria shows up, she wants nothing to do with Ryann and her friends, but Ryann’s never been one to back down from a challenge, especially when that challenge is a girl known far and wide for being the only daughter of a famous astronaut who went to space and never came back.

If you’ve seen my review of The Wicker King by this same author, you already know how much I adore her as both a writer and a human being, so when I was given the opportunity to read and review The Weight of the Stars, I could barely stand myself. She told me this book was a WLW love letter to her queer-lady fans, and I remember thinking, ‘Would it be humanly possible for me to do anything other than love this?’

“I know the weight of this and I know the price.”

Thankfully, if you hadn’t already guessed, that answer was a big resounding NOPE, because here we are, and I am positively smitten by yet another incredible, poetic, melancholy, queer-as-hell K. Ancrum story. The atmosphere is incredible, the narrative voice stunned me over and over, and the characters are, just as I expected, nothing short of delightful.

Sometimes the only way to pry your arms away from tightly holding yourself together is when you’re given a reason to hold up your fists. Fighting for yourself is another way of loving yourself.

First and foremost, there’s Ryann Bird, the main character, who I realized within basically half a chapter that I wanted to protect at all costs because how could I not?! She’s this incredible butch girl (which, WOW, can we please see more butch girls in YA?!), she’s tall and strong and powerful, and she seems super rough around the edges but she’s a total puddle of soft, warm goo inside. I could honestly write this entire review and never mention anything besides how much I love Ryann Bird. Also, like, she’s unapologetically kind of violent but only when the situation really deserves it, and I will always live in total support of viciously protective #squadmoms.

So there they were: sitting in the ruins of the best that they could build. And it would always have to be enough.

Of course, there’s also her little found family: James, the younger brother who stopped speaking after a trauma, who has a sweet baby he cherishes and takes such good care of; Ahmed, her best friend, a soft and goofy Sikh teen (whose polyam family made me SCREAM?! more on this in a moment); Shannon, the popular girl who shouldn’t “belong” in their group but somehow perfectly does; Blake, the self-tattooed quiet one; Tomas, the gangly mohawked queer boy who is so cute and reactive and lovely. And, finally, there’s Alexandria, who is so prickly at the beginning that I couldn’t decide if I wanted to slap her or stare at her lovingly (*insert “you’re doing great sweetie” gif here*), because honestly, she has every right to be prickly.

“It’s almost like they can’t breathe without each other. I don’t even know what would happen if one of them died. The magnitude of it is terrifying.”

Finally, that thing I said I’d come back to? Well, you don’t have to read The Wicker King before this one, but you SHOULD, because a certain very precious and strange and sweet little emo trio shows back up, except a couple of decades have passed and they’re all grown up and married and parenting together and wow, this is the polyam rep my heart has been dying to see. It felt so good to see them all again and I literally screamed into a pillow when I realized we were going to spend time with them on page and just… *wistful sigh* I don’t even know what else to say besides gushing incoherently.

Oh, and honestly, the diverse rep in this book? Just wow, K is a queen and I will cherish her forever. Almost everyone in this group is either a person of color or queer or BOTH and it gave me so much life. I love that, while so many other authors are out here still just throwing in a Token Gay™, K’s like, “Nah, let’s just have a Token Cishet™ instead.” What a powerhouse.

The closest thing to a “complaint” I had is that there’s a big plot point which I won’t spoil, but it had me glaring at a couple of characters and internally screaming, ‘Why would you do this to me?! To yourselves?! WHY ARE YOU LIKE THIS?!’ But, then I remembered that this was a K. Ancrum book, and I knew I was signing up for some variation of heartbreak when I first opened it, and really, it was all good and beautiful enough to be worth the agony, so like I said: does it even count as a complaint? Nope. 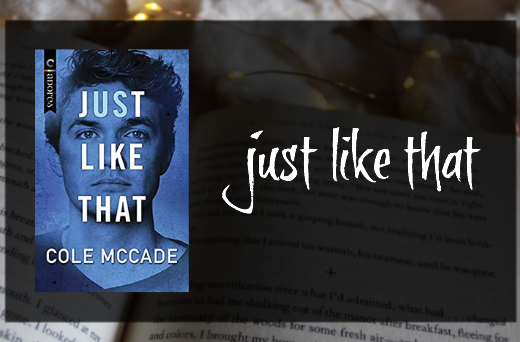 SMALL BOOKTUBER THREAD!!! reply with your booktube channel if you have less than 1k subscribers and RT to promote yourself and other small booktubers hehe, here’s mine: http://youtube.com/antarireads

🌱 infp
-🥺 ;-;
-emo
-idc if u want to be edgy bae ur soft. sweet amd baby
-they love fantasy and nature and sunsets. all of them
-not everything u do is bc ur an infp i promise
-self centered but also very kind so we dont talk about that
-i have literally never met a cishet infp