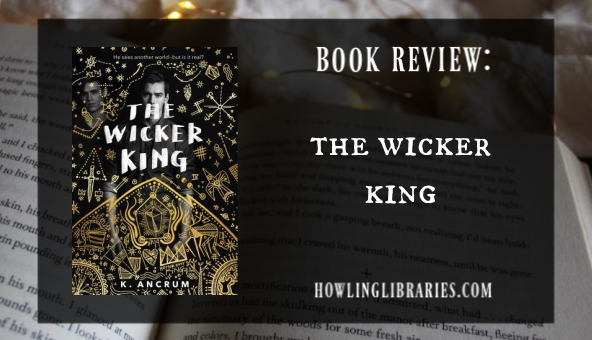 TITLE: The Wicker King
AUTHOR: K. Ancrum
RELEASED: October 31st, 2017; Imprint
GENRE: Contemporary
AGE RANGE: YA
SYNOPSIS: When August learns that his best friend, Jack, shows signs of degenerative hallucinatory disorder, he is determined to help Jack cope. Jack’s vivid and long-term visions take the form of an elaborate fantasy world layered over our own—a world ruled by the Wicker King. As Jack leads them on a quest to fulfill a dark prophecy in this alternate world, even August begins to question what is real or not.
August and Jack struggle to keep afloat as they teeter between fantasy and their own emotions. In the end, each must choose his own truth.

I originally read this book as an ARC, and was really bothered by a few things in it. I was so disappointed that I gave it 2.5 stars, but as the finished copy released, I started receiving messages from friends, saying it was different from what I had reviewed. I was confused, but didn’t look too deeply into it until the author contacted me and explained. She told me she had changed a lot of what bothered me in the ARC, and asked would I like to read the finished copy.

She was so kind, and I had wanted so badly to love this book, so I reread it, assuming that I would be at least marginally more pleased with the finished release. I never expected her to have fixed it so perfectly that I would love it this much. I am so happy that I gave this book a “second chance”, and after much deliberating, have actually decided to remove my old review entirely, because honestly, this book is entirely worth your time. <3

“They have stories about you, songs. They call you the Raven, the Golden Bird, the King’s Lionheart. Women smile at you as we walk in the streets; men talk about you over their fires. It’s written all over the walls. They love you and you can’t even see them… my Lionheart. Can you imagine?”

August and Jack are such odd little characters, and I love them so much. They’re broken kids at their cores, truly; Jack’s parents are so absent and neglectful it genuinely hurts to watch, and August’s mother is only present in the physical sense, yet so rarely in a proper mental state to take care of him that he’s forced to compromise his own future through drug dealing, just to keep the lights on. These are two kids who have found themselves raising themselves, and one another, and it doesn’t always turn out pretty.

Jack owned him. In a way. It was difficult to explain, but the feeling was as familiar to him as his own name.

When I first read the ARC of this book, I was left with a lot of questions about the relationship between August and Jack, but the finished release answers them all, and more. This book is incredibly unique in the fact that it is the first time I have ever seen a dom/sub relationship like this in a YA contemporary book, and I lived for it!

I constantly feel like I am yelling into the void when I ask for sex positivity and healthy kink in YA books, to show teens and young adults that it’s just fine to like things that might not be “vanilla” enough for the general masses, but reading The Wicker King, I felt like the author was hearing me (and those of you who have shared similar sentiments) loud and clear.

(ETA: I actually even found this through the author’s twitter, which does have some spoilers, but also offers bona fide proof of the intended D/S mechanics, in case anyone is curious.)

“I see you the same. I don’t think it will ever change… It doesn’t matter if you’re wearing my colors or dressed like this. You’re always just you.”

Now, don’t get me wrong—this isn’t just a story of two boys finding one another; it’s also an adventure tale through Jack’s hallucinations, and those scenes are often confusing in the best way. It’s a whirlwind at times, and I even found myself wondering more than once, “What’s real? Is this actually happening?” It’s utterly captivating, and magical, and I would happily be first in line for another book of their adventures and Jack’s seemingly accidental romanticisms.

Jack laughed. “How romantic. My knight in shining fucking armor.”

I don’t want to spoil anyone for anything in this book, so I won’t say much more, but what I will say is that I don’t remember the last time I rooted this hard for a pair of characters in a YA contemporary. August and Jack are some of the most unique, authentic, and genuinely interesting characters I have met in a long time, and I would love nothing more than to spend so much more time with them.

Thank you so, so much to the author of this beautiful little book, and everyone I’ve spoken to about it, for convincing me to give it another try. I will carry it with me in my heart, and I know this is a story I will revisit time and time again. I absolutely cannot wait to see what K. Ancrum creates for us next. 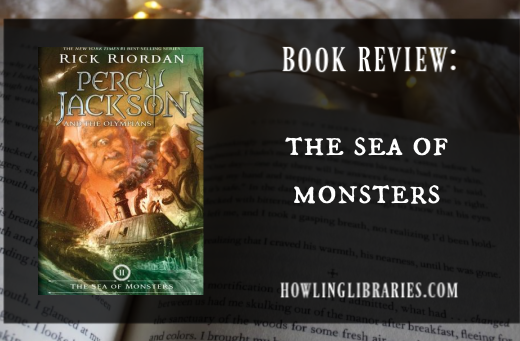