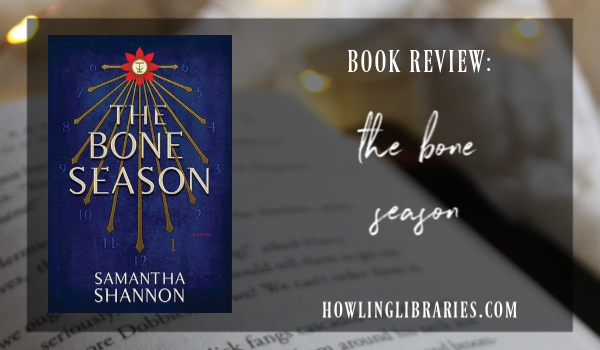 “This was what my spirit longed to do, to wander in strange lands. It couldn’t stand being trapped in one body all the time. It had wanderlust.”

This was the Life & Lit book of the month for July, and while I honestly didn’t know what to expect and wasn’t feeling particularly enthusiastic about starting this series, I was shocked by how much I loved this book! This was more of a 4.5 star read for me, but I didn’t feel good about rounding down for this one.

✘ PLOT
In the future, the government has decided to seek out clairvoyant people and hunt them down, using media propaganda to turn the masses against these people. As a result, clairvoyants who haven’t sold their souls to the government must live in hiding, committing crimes to make it by. Paige is one such clairvoyant – a particularly rare one called a dreamwalker – and life is hard enough before she is abducted and taken far away, to live as a slave for a race of immortals called the Rephaim, who have orchestrated the entire war on voyants. Can Paige escape in time to save herself?

✘ CHARACTERS
Despite Paige sort of falling into the classic YA “chosen one” trope, she’s a really enjoyable narrator. She develops a lot during the book, and by the end, she has come to this realization that a lot of her pre-Rephaim life was not what she thought it to be (no spoilers, don’t worry). She did bug me a couple of times with her relentless sarcasm and cynicism, but it was nothing worth writing home about.

Arcturus… what can I say? I joked with some friends that I was worried I was temporarily trading in my feminist card for how much I loved his character, despite his being portrayed as her “captor”. I won’t spoil the ending, but there’s a lot more than meets the eye with this big teddy bear.

There are also a handful of really delightful side characters, like Julian, Liss, and Michael, all of which I just wanted to squeeze and hug and keep safe forever.

✘ WRITING/WORLD BUILDING
This was my first book by Samantha Shannon, of course, and I was really pleased by the writing in it. It wasn’t anything extraordinary, but it definitely did the job for me. She uses a lot of words that are not ones you would find in everyday speech, but the physical book has a glossary in the back with definitions. I didn’t find that I needed it more than three or four times, honestly.

The world itself is built pretty efficiently, and since it’s a magical realism book, there isn’t much to tell that isn’t already the reader’s basic knowledge (like locations, etc). I enjoyed how in-depth the world of voyants went, with references to a multitude of different varieties (dreamwalkers, soothsayers, oracles, etc). (Fun fact on the topic: the hadal zone, as referenced in this book, is also a term for the deepest parts of the ocean. I enjoyed that comparison!)

✘ FINAL VERDICT
If you’re familiar with the YA/NA dystopian genre, I really don’t think this will be an earth-shattering read for you, but it is a fun story with a lot of enjoyable characters and action. If you absolutely hate the “master-turned-lover” trope, you may not be able to delve into this one much, but then again, this is a slightly atypical variation on that theme. There are definitely some cliche moments throughout it, but altogether, I found this a delightful read that kept me up late and craving more, and I will definitely be continuing the series! 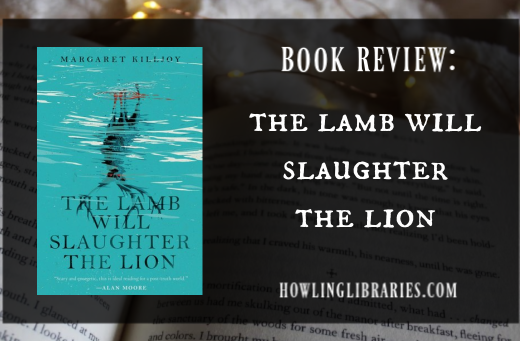 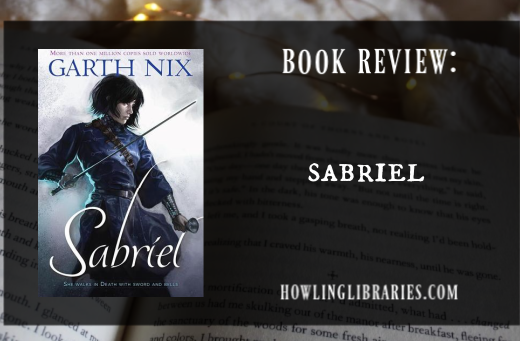 ‘Diet Riot’: a horror anthology full of the fat rep we needed https://howlinglibraries.com/diet-riot-a-fatterpunk-anthology/

She had resigned herself to spending the night here, on this awful forest path, when she noticed something. Flicking on her lights, the trees seemed closer, the path tighter.

She closed her eyes and convinced herself it was nerves just as someone knocked on the roof of her car.

‘Finlay Donovan is Killing It’: the most relatable (and hilarious) bookish mom ever? https://howlinglibraries.com/finlay-donovan-1-elle-cosimano/

Sorry I've been so absent here lately! I just haven't really had anything to say, and I've been spending more of my time over on bookstagram than any other social media platform (@ howlinglibraries over there), but I hope you're all having a lovely week 🥰