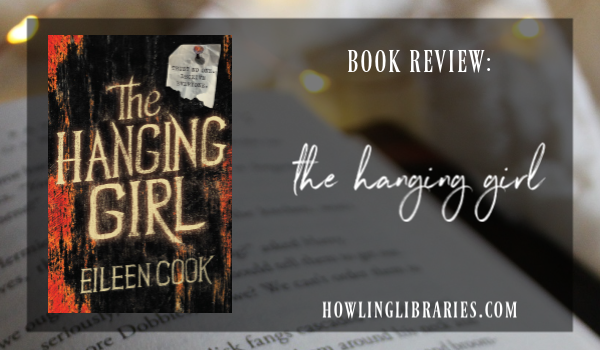 Skye Thorn has given tarot card readings for years, and now her psychic visions are helping the police find the town’s missing golden girl. It’s no challenge—her readings have always been faked, but this time she has some insider knowledge. The kidnapping was supposed to be easy—no one would get hurt and she’d get the money she needs to start a new life. But a seemingly harmless prank has turned dark, and Skye realizes the people she’s involved with are willing to kill to get what they want and she must discover their true identity before it’s too late.

I wasn’t sure which was worse – to know you were a liar, or to believe your own bullshit.

I have never needed half-star ratings so badly for any book review in my life. 3.5 stars is really the perfect rating for this story, but for the sake of Goodreads’ rating system, down it goes to 3 stars.

In a nutshell, The Hanging Girl is about Skye, a fake psychic who gets desperate for cash and assists in a kidnapping plot in order to load her bank account with a bit of ransom money. Things don’t work out the way she expected – do they ever in these stories? – and she finds herself in deep trouble, risking her own safety and freedom.

Her voice was bitter. “He’ll be believed because people like him always get the benefit of the doubt. But us? We’re expected to be losers.”

My single biggest problem with this book was how “rich vs. poor” trope-heavy it was. I think the author was trying to convey some serious social commentary on the state of things in the US specifically – she even threw a few jabs at Republicans throughout the book, so it was pretty obvious – and that would have been fine, if Paige, the kidnapping victim, hadn’t been such a quintessential “mean girl”. She’s rich, beautiful, thin, gets everything she wants, totally cruel, and just an awful character.

Naturally, our MC, Skye, is none of these things, and it led to so much girl-on-girl hate. The entire book was actually rife with girls tearing down other girls, and it was just a tough pill to swallow because I’ve grown so weary of this cliche. Support other women, ladies!

Maybe being brave is what happens when you don’t have a choice.

There were aspects to this book that I enjoyed, of course, and Skye was (for the most part) one of them. Skye has serious anxiety, and that rep felt very authentic to me as someone who also suffers from anxiety and panic attacks. We learn early on that Skye also has a history of making up stories to make herself popular, and this aspect of her backstory made her an unreliable narrator of sorts, which was really enjoyable.

Unfortunately, there’s a twist in the end of the book that more or less ruined her character for me, as she condones some really terrible business and essentially learns nothing from her trials. By the end, I couldn’t root for Skye, either, sadly.

My dad tried to make it up to me. He made plans for us – talked about how we could both move forward. But I’d been making some plans of my own. And I wasn’t done yet.

The book occasionally shifts into Paige’s perspective, and gives a bit of backstory on why her life isn’t all it’s cracked up to be. She’s been through some tough times, but I never really connected with those incidents enough to feel like they “explained” her behaviors; if anything, it seemed like they were just kind of thrown in as plot devices. It was one of many problems that led me to feel as though the book was just one long red herring after another, with one excuse after another, – but none of the characters even became fleshed out enough for me to “buy” any of it.

All in all, was this a quick, fun mystery read? Sure! It wasn’t horror by any stretch, so while it may not be the perfect addition to your Halloween TBR, it would be a good mystery to cozy up with. Can I 100% recommend this book? Not with the constant girl-on-girl bashing and some of the problems I’ll list below. Will I pick up more books from Eileen Cook in the future? That’s yet to be determined.

All quotes come from an unedited advance reading copy and may not match the quotes in the finished release.

Thank you to HMH Books for Young Readers for providing me with this ARC in exchange for an honest review! 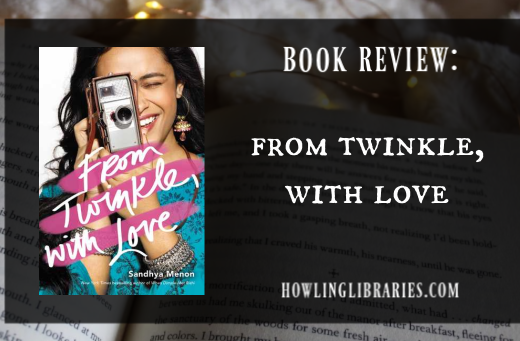 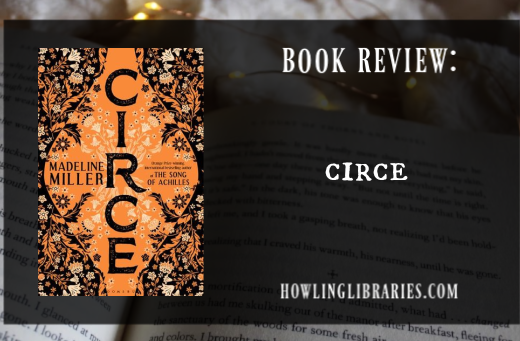 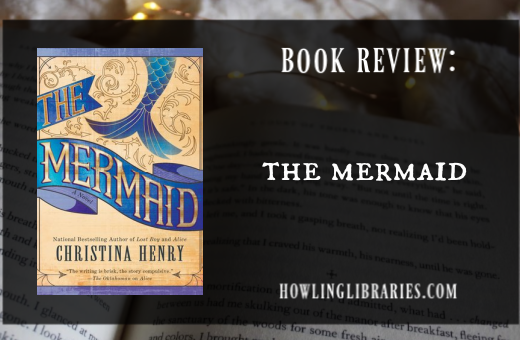