There’s Someone Inside Your House – Stephanie Perkins 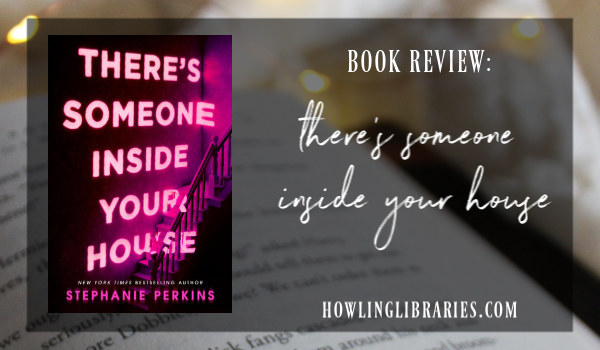 I had a looooot of feelings about this book – actually, about how people have reacted to this book. So, I’m going to get a rant out of the way. Feel free to skip this paragraph if you don’t like rants. People told me it was going to be absolutely horrible, that no self-respecting horror fan would enjoy it, that it didn’t fit the horror genre, so on… alright. Lemme tell y’all something. I’ve been obsessed with horror movies AND books since I was five years old, roughly? I had a blast reading this book. Do not run around telling people that they are no longer horror fans if they enjoyed this book. Are we clear? YOU DO NOT GET TO BELITTLE PEOPLE FOR THE BOOKS THEY ENJOY. Just… stop that, it’s gross as hell and immediately ruins any credibility you’ve ever had in the blogging world.

Okay, rant over. On to the review.

– diversity: our main character, Makani, is biracial, and one of her best friends is trans. We get to take a little time to explore the complicated nuances that come along with being biracial and being at times pulled between your cultures, and we also get to see how accepting highschoolers are capable of being in regards to trans friends. It’s good stuff. On a lesser note, our love interest has pink hair and refuses to let anyone belittle him for being “the straight guy with pink hair”.

– sex positivity: while I don’t recall there being any sex scenes whatsoever in this book, there is definitely mention of sex, and it’s handled in a really responsible way. Makani and Ollie never feel any need to “justify” how quickly their relationship turns physical, which I loved, because frankly, we need more books that demonstrate that there is nothing wrong with healthy sexual appetites. Also, there are several references to safe sex, with talk about condoms and the like, which we definitely do not see frequently enough in YA!

– the murders: of course they’re not terrifying – this book is riding the line between YA contemporary and YA horror, so if you expected nightmare fodder, you should probably reevaluate your own genre-specific expectations… – but they are fun and bloody and a little unique (no spoilers but there’s a scene where a guy’s skull is literally cracked open and his brain is stabbed to mush, and if you don’t find that fun, I dunno how to help you).

– the romance: like I said, this book is definitely straddling the line between horror and contemporary, and there is a very prominent running theme of romance throughout the contemporary side of it, but it’s totally precious. Ollie is such a sweet and adorable love interest and, honestly, if Perkins ever announced a spin-off standard contemporary title about these two moving forward in their lives, I’d pre-order the hell out of it.

– the killer: again, no spoilers, but the killer’s identity did not surprise me at all, and worse yet, when their eventual motives were revealed, they were lackluster at best. This is definitely where I felt that Stephanie’s horror novice-dom showed itself the most. The thing is, I know Perkins is a life-long horror fan, so she’s probably aware of the tropes and such, which made me think while reading the book that I have a sinking suspicion she downplayed this entire plot point to make it more accessible to her contemporary fans? I might be looking too far into things, but that’s genuinely my suspicion.

All in all, was this book perfect? Absolutely not. Was it terrifying? Hell, no. But as someone who has painfully low expectations for the complete disaster that is the YA horror genre in most cases, I was so pleasantly surprised by how fun this book was. I could barely put it down because it was just so easy to lose myself in! I could see myself rereading this in the future to fulfill my “cheesy teen slasher” cravings. 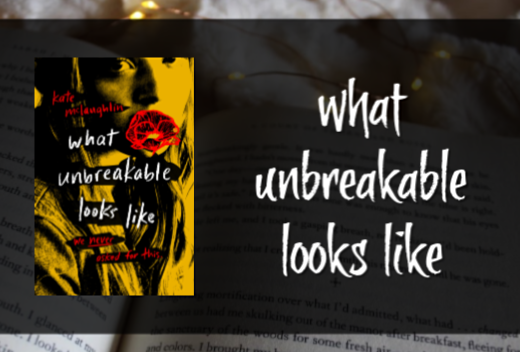 It's September 30th, I have 18 current reads, and I would need to finish 17 more ARCs to meet my ARC goals for the month... so I think I've officially accepted this month as a loss for reading goals. 😂

In case you haven't heard, today's #booktube video is all about round 2 of @GraphicsAthon - including my TBR!

This cover is so precious!!

GET IT RIGHT cover reveal! Thank you @layahimalaya, it's so lovely!