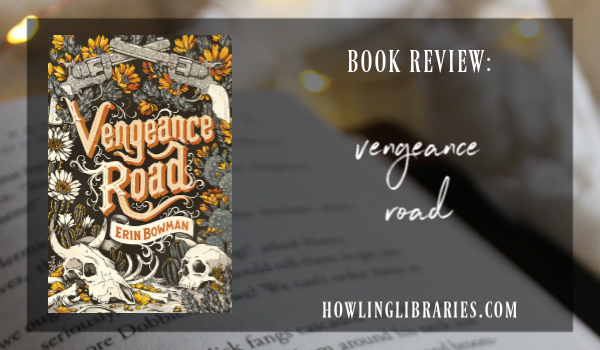 “Sure, sometimes you gotta let things go, but other times you can’t till you set things right.”

Going into my first western story ever, I had no clue what to expect. Truthfully, I’m not a tremendous fan of western films, but they tend to follow such specific atmospheric guidelines that I couldn’t have imagined a book executing those same feelings. I was wrong, though; Vengeance Roadliterally feels like you’ve been transported into a western, from the setting all the way to the manner of speaking the narrator takes on (both in spoken word and her inner monologues).

Essentially, Vengeance Road is a story of vengeance; when Kate comes home and finds her beloved father hanged and her home burned to the ground, she chooses to dress up like a young man and ride off after the gang of rough riders responsible for this crime.

“The frontier ain’t for the faint of heart, and it certainly ain’t kind to women. Sometimes I think the whole world’s ‘gainst us.”

Kate is a fantastically likable narrator. She’s stubborn, heartbroken, and downright pissed off, and nothing’s getting in the way of that. Even when she starts to develop feelings for Jesse, one of the brothers she reluctantly travels with, she refuses to let those emotions hinder her even for a moment.

Jesse and Will, the two brothers Kate travels with, are also a really enjoyable duo; they bicker like siblings, but there’s no doubting their love for one another, even when one of them inevitably falls into a rant about the other one’s idiocy or quirks. On top of that, when they choose to ride with Kate, not knowing she’s a young woman, it’s made evident that their offer is based on a feeling of moral requirement – not just taking care of her because she’s a girl. Even once the truth is revealed, I never felt like Jesse or Will looked at Kate any differently for her sex – a surprisingly feminist view for a couple of late 1800s teen boys to hold.

The action scenes are remarkably well-paced and easy to follow. I find that fight scenes are hit and miss for me in books, but Erin Bowman does a pretty fine job of playing them out for you.

Despite this being a really fun story, I don’t feel like I ever fully connected with the characters! It was hard for me to feel much emotion for any of them, even when terrible, dramatic things happened. (I really hoped the second book would give me the chance to attach further to them, but the second book is a companion with different characters.)

In the beginning of the book, it’s established that everyone (including the narrator) is incredibly prejudiced against the Apache people of the area; in several instances, Kate mentions how terrified of them she is, and essentially plays into the “savages” trope. While she does end up progressing really solidly in this aspect, I almost felt like it was played up a little too much, and it admittedly made me a bit uncomfortable a time or two.

While Vengeance Road certainly wasn’t perfect, it was a really fun read in a genre I’d never reached before, and I will be continuing the series for sure. I’ve got an eARC of the companion novel and will be sharing a review for that one as well! 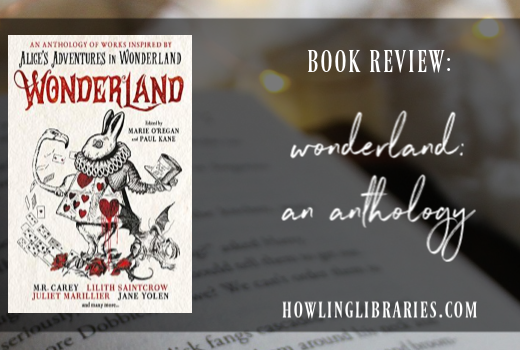