Cobain thought everything was going great with his girlfriend Molly, until she goes missing. Until everything he thought he knew about her and their relationship comes crashing down around him. Until he sets out on a mission to find her all on his own—because the police are too busy trying to pin the crime on Cobain himself.

Oof, this is a tough one to rate and review. On one hand, it was kind of addicting and I flew through it; on the other, there’s a lot to unpack here that might make this one a tough sell for a lot of readers.

The truth is, I want to talk about her. I need to go back through every moment we shared and figure out where things went wrong.

Let’s talk about the pros first: most notably, the writing here is great. Victoria Scott is a talented storyteller and I was easily captivated by the characters and setting she laid out. The mystery was suspenseful (and, while not shocking to me, would probably draw gasps from quite a few readers), and I liked the twist at the end, even if it wasn’t very fleshed-out. Overall, it’s a pretty decent thriller.

I’m thinking about Molly’s hands. How small they were in mine. Not nearly large enough to hold my heart inside them, and yet they did. But now she’s gone.

There’s also the matter of the characters, who I liked, though I don’t think I was supposed to? They’re problematic, toxic, manipulative, and flawed as hell, but I kind of enjoyed how gritty and awful they were. Granted, I have mixed feelings about recommending this book based on that fact, which I’ll get into more later. Mostly, I was stunned by how unapologetically manipulative and conniving Molly is—I don’t feel like most YA authors are willing to go there when writing a love interest.

Was there anything I wouldn’t have done for her from that moment forward? I was easy. One act of kindness and I belonged to her.

Unfortunately, I had two major problems with this book:

1) There are several plot threads that don’t get tied up in the end, leaving me wondering why they were introduced to begin with.

2) The main character’s viewpoint on romance and his relationship with Molly is kinda terrifying. He’s super toxic and borderline abusive (maybe more than borderline, tbh). It seems at points like it’s being addressed, but in the end, I didn’t feel like progress was made. While it was interesting to read, it’s hard to really recommend to the target audience for this book, because I have a lot of weird feelings about encouraging teens to read this ‘romance’.

There’s also a lot of talk of mental health struggles and suicidal ideation in this story, and it’s thrown about pretty casually, so if that’s a major trigger for you, PLEASE be aware ahead of time!

Despite how quick and fun of a read it was in the moment, those two drawbacks were enough to stop me from giving this a more positive rating. I’d probably check out more work from Victoria Scott in the future, but don’t think I’ll recommend this one too highly.

Fans of the mystery/thriller genre who don’t mind questionable endings and aren’t turned away by the underlying themes of problematic/controlling/potentially abusive relationships.

All quotes come from an advance copy and may not match the final release. Thank you so much to Entangled Teen for providing me with this ARC in exchange for an honest review! 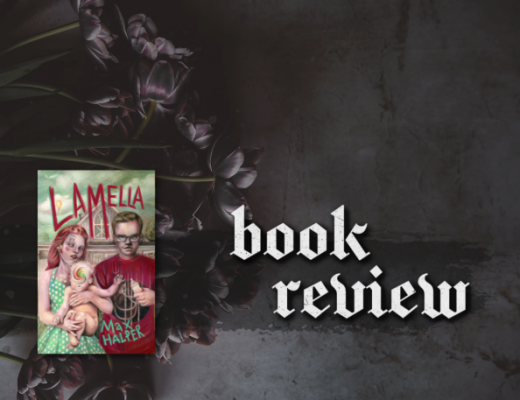