SYNOPSIS: Since it began in 2008 Tor.com has explored countless new worlds of fiction, delving into possible and impossible futures, alternate and intriguing pasts, and realms of fantasy previously unexplored. Its hundreds of remarkable stories span from science fiction to fantasy to horror, and everything in between. Now Tor.com is making some of those worlds available for the first time in print.

I love anthologies, but I’ve never read one anywhere near this size, so when I heard that TorDotCom was coming out with a collection of some of their best short stories for their tenth anniversary, I had to check it out. There are so many authors in this collection whose work I’d been dying to pick up, and short stories are such an efficient, wonderful way to get to know a few new authors.

The entire anthology is comprised of sci-fi and fantasy stories, with a touch of light horror here and there through a few of them. Each story is so distinctively different from one another, and there are so many gems. On top of the quality of the work included, there’s a ton of fantastic representation scattered throughout, with many stories featuring characters of color and queer relationships.

There are 40 stories in this collection, and while I usually do breakdowns with a tiny review for each story in a collection, we’d be here for days if I did that for this one. Instead, I’m going to list tiny reviews for the stories I gave 5 stars, and then tack on a basic star rating list for each story in the collection (just for those of who you are curious of what I thought of your favorites!).

1. Damage — David D. Levine
A story of intergalactic warfare, told through the perspective of a fighter spacecraft who’s in love with her pilot. I never thought I would empathize with a machine so much, but the narrative in this is beautiful.

2. About Fairies — Pat Murphy
Toy designers create little virtual fairy worlds, but what happens when one of the designers thinks she’s found real fairies? Weird, a little eerie, and overall carrying a surprising level of bleakness, something about this fascinated me endlessly.

3. The Water That Falls on You From Nowhere — John Chu
Ever since the water started randomly falling from nowhere on anyone who told a lie, it’s been really tough for one man to stay in the closet. I cannot describe how utterly precious this story was, despite the fact that it does involve a lot of painful (but challenged) homophobia from a member of the narrator’s family.

4. Brimstone and Marmalade — Aaron Korwin
Every little girl wants a pony, but ponies are a lot more expensive and harder to take care of than pet demons. This piece was hilarious. I literally laughed throughout every single interaction with the little demon pet, and by the end of it, I desperately wanted one of my very own.

5. Please Undo This Hurt — Seth Dickinson
A heartbreaking story about an EMT and her drinking pal, who has come to her to ask if she thinks there could ever be a way to be “unmade”. He doesn’t want to kill himself, he just wishes he’d never existed at all. Major content warnings for suicidal ideation on this one, but Seth writes like someone who genuinely gets depression, and the ending is positively stunning.

6. La beauté sans vertu — Genevieve Valentine
Valentine’s story takes place in a world where models are horribly disfigured for the sake of “beauty”, and the parallels run chillingly deep to how our own society treats young women. What I found most profound was the presence of a “feminist” protest group, who ultimately doesn’t care about any girl’s well-being nearly as much as they care about the length of her skirt.

7. A Fist of Permutations in Lightning and Wildflowers — Alyssa Wong
Two sisters can time travel, but the narrator never predicted her sister would destroy the world, and herself along with it, until it’s too late, and our narrator is forcing into an endless loop of desperately trying to change the inevitable. I don’t think I have enough time to possibly explain how much I adore Alyssa’s writing. Every story I have read by her has left me a crumpled, sobbing mess, and this was no exception, but I welcome the heartbreak every single time. Major content warnings for (challenged) transphobia in this one.

8. A Kiss With Teeth — Max Gladstone
Vlad is trying to fit in like a normal dad, but it’s so hard, especially when his son’s new teacher is tempting his inner beast so much. This whole idea of an ancient, powerful vampire trying to fit into normal suburban life with his vampire-hunting wife and his seemingly normal son had me sucked in from the start. I honestly loved the narrative voice so much, and would absolutely read a full novel about Vlad and his family.

9. The Last Banquet of Temporal Confections — Tina Connolly
A woman lives as the Traitor King’s taste tester, while her husband works as the head baker, creating pastries that forcibly conjure up memories for the person eating them. The entire idea of this plot was so incredibly fascinating, and I’ve never read anything quite like it.

10. Your Orisons May Be Recorded — Laurie Penny
What if angels answered phone calls in a… call center? Laurie Penny’s writing is weirdly hilarious, and this was so delightful and strange. It’s a little sad, too, as the angel reminisces over lost loves throughout the ages, but more than anything, I just loved her demon best friend’s weird antics and endless adoration of heavy metal music.

11. The Cage — A. M. Dellamonica
When you’re determined not to fall in love with a woman or her werewolf baby, you probably shouldn’t play contractor, handywoman, or babysitter. The actual plot of this story didn’t catch me for a little bit, but once the werewolf baby came on the scene, I was done for. If you enjoy adorable infant characters, you’re in for a real treat with this one.

12. The Witch of Duva: A Ravkan Folk Tale — Leigh Bardugo
The forest has been eating girls, and Nadya is convinced that the monster responsible has snuck right into her very own home. If you’ve read the Grisha books, you’ll doubtlessly love this story, but even if you haven’t, it’s perfectly enjoyable on its own. It has such a fairytale quality to it, but it’s also so dark and sad. This was one of only three stories in this collection (the other 2 being John Chu’s and Alyssa Wong’s) that forced me to put the collection down and just process for a moment because they were that good.

Thank you so much to TorDotCom for providing me with this ARC in exchange for an honest review! 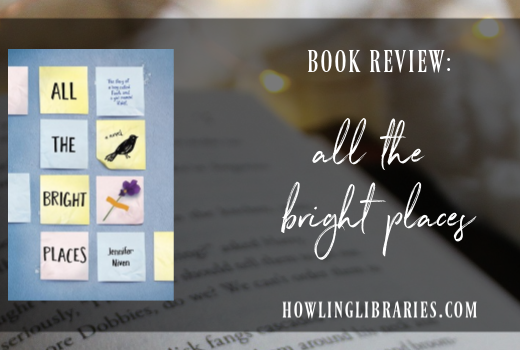 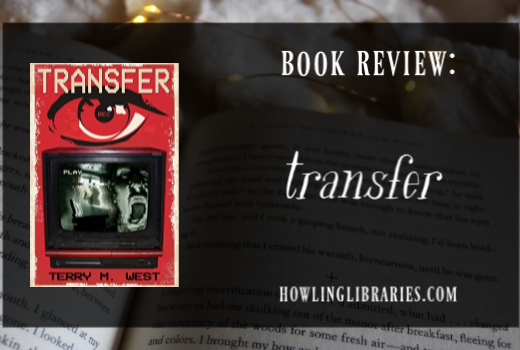