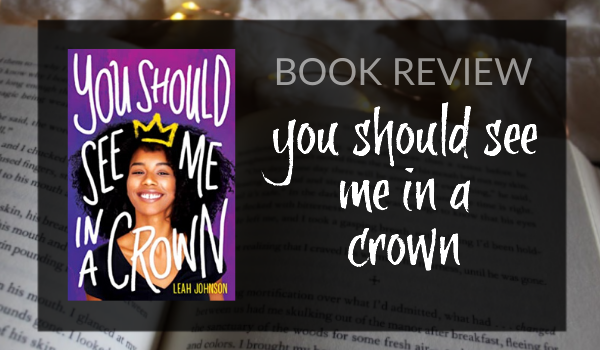 TITLE: You Should See Me in a Crown
AUTHOR: Leah Johnson
GENRE: Contemporary/Romance
AGE RANGE: YA
PAGES: 336pg

Liz Lighty has always believed she’s too black, too poor, too awkward to shine in her small, rich, prom-obsessed midwestern town. But it’s okay — Liz has a plan that will get her out of Campbell, Indiana, forever: attend the uber-elite Pennington College, play in their world-famous orchestra, and become a doctor.
But when the financial aid she was counting on unexpectedly falls through, Liz’s plans come crashing down . . . until she’s reminded of her school’s scholarship for prom king and queen. There’s nothing Liz wants to do less than endure a gauntlet of social media trolls, catty competitors, and humiliating public events, but despite her devastating fear of the spotlight she’s willing to do whatever it takes to get to Pennington.
The only thing that makes it halfway bearable is the new girl in school, Mack. She’s smart, funny, and just as much of an outsider as Liz. But Mack is also in the running for queen. Will falling for the competition keep Liz from her dreams . . . or make them come true?

I don’t believe in fairy tales and love at first sight and all that, but for just a second, I think this girl and those eyes and the way her freckles dot the entire expanse of her face are cute enough to make a believer out of me.

It’s been a long time since I’ve reached for a fluffy, cutesy YA contemporary story because I thought I had gotten burnt out on the genre, but I’m here to tell you all that wasn’t the case; I just wasn’t picking up the right ones, and this book is absolutely the right one. This book takes literally every single thing I love to see in a fluffy YA contemporary/romance story and does them brilliantly, with a fresh take breathed into each and every trope and a narrator I would protect with everything in me. Liz Lighty is flawless and I’ll hear no arguments!

“You’re very Book One Prince Zuko — all honor and determination and stuff. You could use some guidance from an old pro to ease you into Book Three Prince Zuko: more relaxed, more open to adventure, better hair.”

First of all, these characters are hilarious. Whether it’s the pop culture references (with the above A:TLA reference reigning supreme, obviously), the banter between Liz and her love interest (I AM OBSESSED), or the playful, authentic sarcasm and wit we see not only in Liz’s own narration but in her brother and her friends, too — these characters feel so REAL and genuine and three-dimensional, and I loved them so much! (Except Racist Rachel, of course. But even Racist Rachel’s friends subverted some serious “mean girl” tropes and I’m so proud of them!) And I can’t possibly review this book without mentioning Liz’s family, whether it’s her precious grandparents, or her brother supporting her with every fiber of his being despite his own daily health concerns with his sickle cell. I just cherish the entire Lighty family so damn much, y’all.

I’m so tired of the way this place treats people who are different, tired of feeling like I exist in the margins of my own life. I deserve better than that.

Most of all, though, I adored how complex and nuanced Liz Lighty’s high school experience is. She has friends, she gets incredible grades and works her butt off to make her grandparents proud, and she knows she has a bright future ahead of her if she only has a chance to pursue it — but she also recognizes how unfairly she’s treated as a Black queer girl in small-town Indiana, and she knows she deserves better. The moment when Liz shifts from a wallflower to someone who’s going to make people listen to her and recognize her worth? Absolutely beautiful, and I was getting so emotional because I was so proud of her!

I roll my eyes so she knows that I’m joking, and she snorts with her laugh this time. It’s a cuter sound than should be legal, really.

Last but not least, I gotta take a second to rave about how absolutely friggin’ precious the romance between Liz and Mack is. While I don’t feel that it’s really the primary focus of the story, it’s a prominent thread and it’s executed so well! There’s no insta-love, but Liz definitely crushes hard, and so does Mack. Watching them interact is so adorable, and even when there’s a conflict, they work through things maturely and smoothly. I’m convinced that Liz and Mack are soul mates who would go on from this story to make it through college together and grow old and have cute babies, and nobody can change my mind.

“How does she even know what data is? The elders are evolving, and it’s going to ruin us all.”

If I haven’t convinced you to give this adorable, beautiful, hilarious, heart-warming story a read, then I have clearly failed, because You Should See Me in a Crown is one of the best things I’ve read in a very long time — and definitely the best YA contemporary I’ve read in ages — and I want everyone I know to add this to their TBRs immediately. It’s that good. ♥

All quotes come from an advance copy and may not match the final release. Thank you so much to Scholastic Press for providing me with this ARC in exchange for an honest review!
content w a r n i n g s →

Liz is Black & sapphic; Mack is sapphic; Robbie is Black & has sickle cell disease; multiple side characters are BIPOC 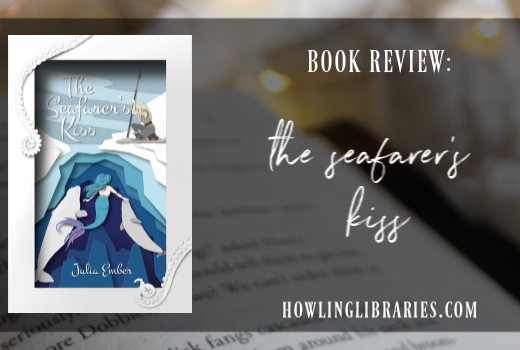