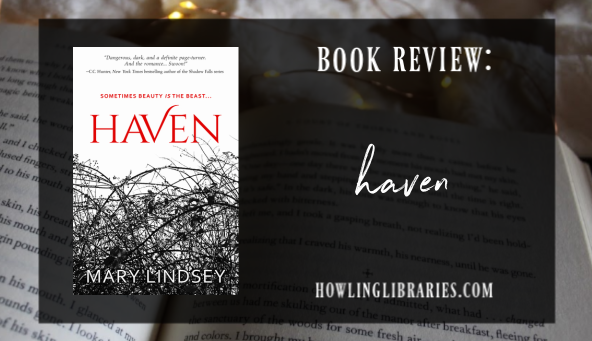 We’ve all heard the Beauty and the Beast story in some format or another, but in Haven, Beauty is the beast. When Rain’s mother passes away, he’s taken in by his aunt in Haven, a small town with a big past and even bigger secrets. He thinks his life’s finally going to get peaceful and quiet for once, until he falls for Freddie, a girl who’s a lot scarier than she seems.

“I believe we all hide a beast inside. The only difference is what form it takes when freed.” 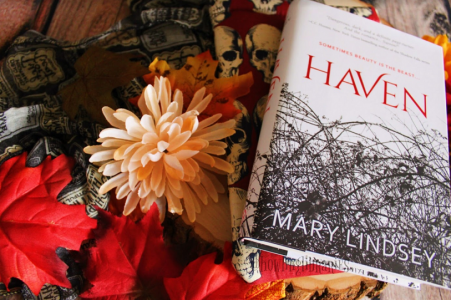 I really wanted to love this book. I thought it was such a unique take on the classic story of “girl falls in love with a beast” by swapping the gender roles, and I was totally here for the idea of what I expected to be a full role reversal, where the new guy in town was going to be some sort of fairly helpless, lost thing, while the girl would be some sort of wickedly strong and impressive mythical creature who would sweep him off his feet and save him from the woes of her world.
Instead, from the very first chapter, Rain is dripping with macho charisma. He’s over six feet tall, built like a linebacker, and can win any fight, thanks to his years on the streets. He oozes masculinity, isn’t deterred by anything, and – most notably – he’s a totally typical sex-crazed teen.
If the “alpha male” trope is up your alley, this might be the perfect YA version of that for you, but I found myself cringing every other time he opened his mouth, and every single time he had any sort of internal monologue about Freddie. He can’t look at the girl for more than ten seconds without becoming aroused, and he frequently oversteps serious consent boundaries – in one scene, as she is trying to leave the room, he literally grabs her hand and places it on his crotch without her consent to show her that he wants her.
(Coincidentally, that scene was the point where I stopped caring at all about this book or these characters.)
Meanwhile, Freddie, who’s supposed to be this terrifying, fierce, beastly young woman… is typically reduced to a sad, moody, and almost-equally-sex-crazed girl whenever she’s alone with Rain, which just further kind of ruined the hopes I had for these characters.
As far as the plot itself goes, there isn’t much I can say that won’t spoil the story, but at the same time, it’s all incredibly predictable and full of tropes and cliches that any reader of the paranormal romance genre will see coming a mile away.
All in all, there isn’t really anything good I can say for myexperience reading this story, but I’m still giving it two stars because I do think that this book has its audience – it’s just not me, and I would hope it’s not any impressionable young girls who might read this and think these are healthy behaviors for teen boys in their lives.
Content warnings: violence, death, mentions of drug addictions
Thank you so much to Entangled Teen for sending me a lovely finished copy in exchange for my honest review! 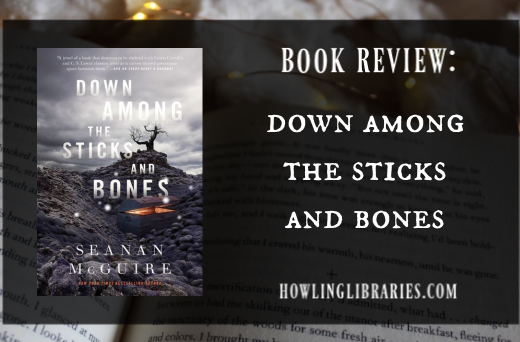