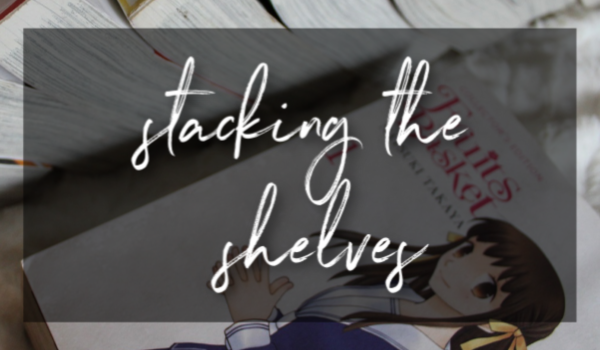 * Stacking the Shelves Saturdays is a meme hosted by Tynga over at Tynga’s Reviews. Every Saturday, bloggers can showcase new additions – whether that’s to a physical shelf, a virtual shelf, or even your TBR! Since I add so many books to my Goodreads shelves constantly, I’m going to focus every Saturday on showing off that week’s additions to my TBR! *

This week, I added…

New York Times  bestselling author David Levithan tells the based-on-true-events story of Harry and Craig, two 17-year-olds who are about to take part in a 32-hour marathon of kissing to set a new Guinness World Record—all of which is narrated by a Greek Chorus of the generation of gay men lost to AIDS.

While the two increasingly dehydrated and sleep-deprived boys are locking lips, they become a focal point in the lives of other teen boys dealing with languishing long-term relationships, coming out, navigating gender identity, and falling deeper into the digital rabbit hole of gay hookup sites—all while the kissing former couple tries to figure out their own feelings for each other.

A banished princess.
A deadly curse.
A kingdom at war.

Wil Heidle, the only daughter of the king of the world’s wealthiest nation, has grown up in the shadows. Kept hidden from the world in order to serve as a spy for her father—whose obsession with building his empire is causing a war—Wil wants nothing more than to explore the world beyond her kingdom, if only her father would give her the chance.

Until one night Wil is attacked, and she discovers a dangerous secret. Her touch turns people into gemstone. At first Wil is horrified—but as she tests its limits, she’s drawn more and more to the strange and volatile ability. When it leads to tragedy, Wil is forced to face the destructive power within her and finally leave her home to seek the truth and a cure.

But finding the key to her redemption puts her in the path of a cursed prince who has his own ideas for what to do with her power.

With a world on the brink of war and a power of ultimate destruction, can Wil find a way to help the kingdom that’s turned its back on her, or will she betray her past and her family forever?

Half Way Home by Hugh Howey

Five hundred of us were sent to colonize this planet. Only fifty or so survived.

The problem is: it isn’t safe here.

We aren’t even safe from each other. 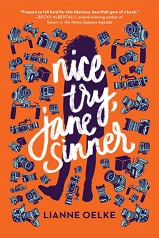 The only thing 17-year-old Jane Sinner hates more than failure is pity. After a personal crisis and her subsequent expulsion from high school, she’s going nowhere fast. Jane’s well-meaning parents push her to attend a high school completion program at the nearby Elbow River Community College, and she agrees, on one condition: she gets to move out.

Jane tackles her housing problem by signing up for House of Orange, a student-run reality show that is basically Big Brother, but for Elbow River Students. Living away from home, the chance to win a car (used, but whatever), and a campus full of people who don’t know what she did in high school… what more could she want? Okay, maybe a family that understands why she’d rather turn to Freud than Jesus to make sense of her life, but she’ll settle for fifteen minutes in the proverbial spotlight.

As House of Orange grows from a low-budget web series to a local TV show with fans and shoddy T-shirts, Jane finally has the chance to let her cynical, competitive nature thrive. She’ll use her growing fan base, and whatever Intro to Psychology can teach her, to prove to the world—or at least viewers of substandard TV—that she has what it takes to win.

I actually didn’t add as many titles to my Goodreads TBR this week as I normally do! Maybe I’m finally getting a little bit of self-control… or, more likely, all the books that I want to read are already on my TBR shelf, haha!

What book did you most recently add to your TBR? 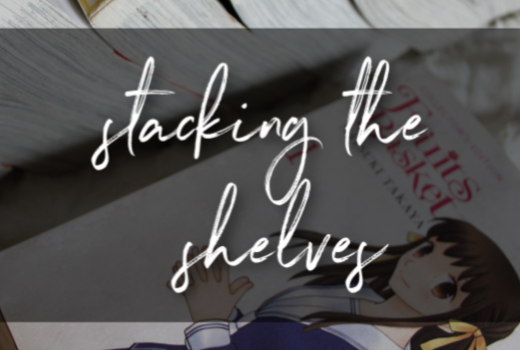 Leave a Reply to Life of a Literary Nerd Cancel reply